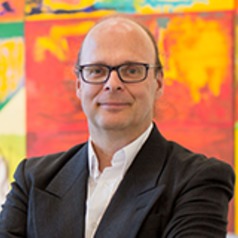 A criminal trial for murder or manslaughter is the usual response to a criminal killing. Initially, the alleged perpetrator of the Christchurch mosque attacks, who The Conversation has chosen not to name, was charged with murder and attempted murder.

But last month New Zealand police announced a charge of carrying out a terrorist act had been added. This followed discussion between the police, the crown solicitor for Christchurch and Crown Law, the government’s in-house legal firm headed by the solicitor-general.

The offence of engaging in a terrorist act can only be prosecuted if the attorney-general consents, which explains why central government was involved. This is the first time an alleged terrorist faces trial in NZ.

A terrorism act is criminal under section 6A of the Terrorism Suppression Act 2002. This law was introduced to implement New Zealand’s obligations under international treaties and decisions made by the United Nations, particularly in response to significant terrorist activity during recent decades.

In its original form, it created various terrorism-related offences, such as belonging to or supporting groups that committed terrorist acts, but did not make it criminal to carry out a terrorist act. This offence was added by the Terrorism Suppression Amendment Act 2007.

Criminal offences usually involve a criminal act and also a criminal state of mind. The mass shooting is the basis for the allegation of a terrorist act. For the necessary criminal mindset, two things are required: an intention to induce terror, and a purpose of advancing an ideology or political or religious cause.

TV homicide dramas, particularly those from the USA, often have a focus on the motive or purpose of a defendant. But a motive is usually just a way of allowing the prosecutor to show the killing must have been deliberate. In a terrorism charge, it becomes central.

The additional terrorism charge does not add to the maximum sentence available. It is life imprisonment for murder and for engaging in a terrorist act. The Sentencing Act 2002 requires a life sentence for murder unless exceptional circumstances make that manifestly unjust.

A life sentence is usually a sentence with two parts, one being a minimum that has to be served for punishment and a second based on the risk of further offending. In short, the person remains in prison for at least the punishment period and thereafter until the Parole Board thinks they are safe to be released. This can be never.

For a murder conviction, the minimum term must be at least 17 years if it was a murder committed as part of a terrorist act. The same applies if there are two or more murder charges. The punishment period may also be the rest of the life of the accused person, meaning that release is never considered. Multiple murders in a terrorist context will be an obvious candidate for such a sentence.

What, then, are the justifications from a prosecution perspective for adding the terrorism charge? The thought pattern is likely to have been along the lines of simply being accurate about what the prosecution thinks the evidence shows.

There is a solid democratic basis for this in that parliament has decided that it is appropriate to criminalise a terrorist act, including when it involves murder. Prosecutors should therefore look to identify and prosecute a case that fits the description set out in the statute.

What of the risks? First, it will likely extend the length of the trial, without adding to the sentencing options. Second, by requiring proof of motive and ideology, there is a risk of providing a platform for grandstanding.

The issues in relation to murder and attempted murder are very focused and the judge can control any efforts to go beyond them. The same should apply to the terrorism charge. There is no defence that the ideology was justified. Nevertheless, having to prove the motivation will inevitably mean the exposure of hateful ideas.