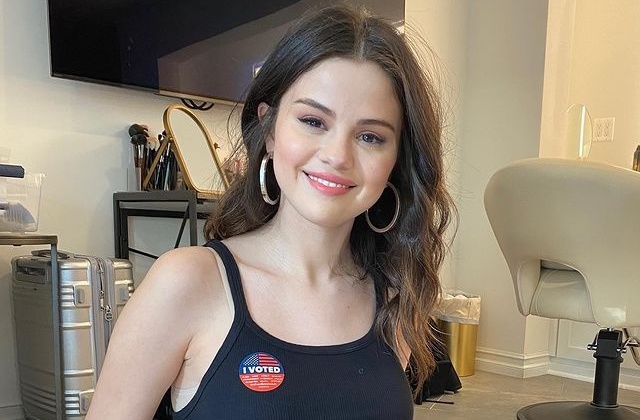 Selena Gomez appeared on the headlines today after it was reported that she is dating Miami Heat’s Jimmy Butler. The rumors started after the pair were said to have been spotted having dinner at the Lucien French Bistro in New York.

Does the pop star have a new man?

As per the Daily Mail, Selena Gomez and Jimmy Butler sparked dating rumors for the first time in mid-November. This happened after witnesses reportedly flooded Instagram with their accounts of seeing the two. The stories were posted on Deuxmoi, a celebrity gossip page.

It was said that one diner at the upscale bistro overheard staff saying they received a call that Selena Gomez is coming with NBA stars. Another supposed witness allegedly sent a direct message to confirm that the former Disney star and Jimmy Butler dined at Lucien and it looks like a date.

This is not all, two days before Selena and the basketball player was seen having dinner in NY, someone who has a connection with NBA reportedly wrote on Twitter: “Jimmy Butler and Selena Gomez weird couple man.”

The publication further wrote that some fans noticed that Kaitlin Nowak, Jimmy Butler’s baby mama, unfollowed Justin Bieber’s ex on social media. They are assuming this is a very telling sign that Selena is really dating Jimmy. The NBA player has a one-year-old daughter with Nowak.

The real score - What’s going on between Selena and Jimmy?

Selena Gomez and her rumored boyfriend have yet to give a statement about the rumor. However, E! News reported that an insider confirmed the pop star and actress have really hung out a few times.

"They hung out a few times while Selena was in New York City,” the source allegedly said. “Jimmy asked her to go to dinner and they had a great time but It's very casual and she's open to seeing where things go, but isn't settling down just yet."

At any rate, there is no confirmation yet if Selena Gomez has started a relationship with the said basketball player but the insider stated that the singer/actress is single and more open to dating now. In case, she is really in a new relationship, Jimmy will be Selena’s first boyfriend since breaking up with Justin Bieber for the nth time and recovering from her mental issues.