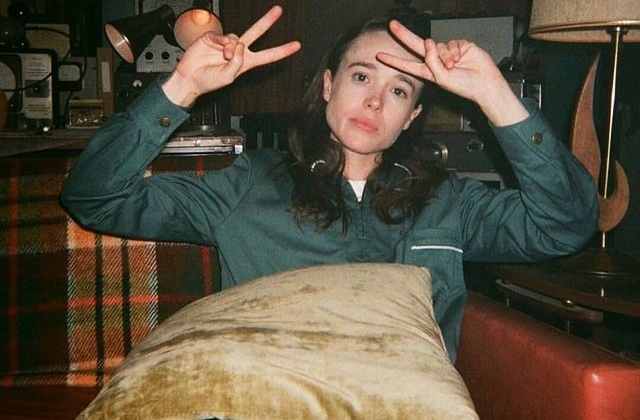 Ellen Page made a confession today and admitted that she is a transgender who uses the pronoun “he” when referring to herself. The actress who is known as Vanya Hagreeves in “The Umbrella Academy” and Juno McGuff in ”Juno” comes out as transgender named Elliot Page.

The big reveal: Elliot’s coming out

This will be her name from now on and all of her projects will also use this to credit her participation. In any case, he announced being transgender through social media. Elliot posted a long message on Twitter and the 33-year-old’s revelation has been an emotional one.

“Hi friends, I want to share with you that I am trans and my pronouns are he/they and my name is Elliot,” he tweeted. “I feel lucky to be writing this. To be here and to have arrived at this place in my life. I feel overwhelming gratitude for the incredible people who have supported me along this journey.”

Elliot admitted that he was scared to confess at first because of the hate and jokes that he could receive. He could encounter violence for being transgender too but he is now glad, he did the right thing.

At the end of his post, he thanked the trans community and everyone who supported her. Elliot Page is married to the Canadian dancer Emma Portner since 2018. The 26-year-old came out as gay in 2014.

The response to Elliot/Ellen’s confession

The public accepted the actor’s admission that he is transgender and even his colleagues and bosses are willing to adjust to accommodate his new gender identity. Moreover, as per Variety, Elliot Page will still star in “The Umbrella Academy,” and Netflix will do the necessary changes to credit him for his movies.

Elliot Page’s name on the IMDB page of the series was already updated at this moment. Lastly, Netflix is also updating the data across all titles that Elliot starred in as Ellen Page and the changes will be seen soon.