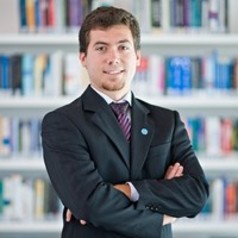 The 2019 UK general election may be defined by Brexit, but the climate crisis has never loomed larger in the minds of voters. And the country’s two largest parties offer very different visions on how to address it.

Labour may have stepped down from their commitment to net zero emissions by 2030, but their manifesto pledge is still ambitious: to deliver “nearly 90% of electricity and 50% of heat from renewable and low-carbon sources by 2030”, on track for “a net-zero-carbon energy system within the 2030s”.

Meanwhile, the Conservatives have stuck with their recently upgraded target of net zero emissions by 2050 – but haven’t set any shorter-term targets on which they can be judged.

Long-term goals matter – but any targets are dependent on concrete action to get there. Every year of unfettered emissions makes the task of limiting global warming below dangerous levels that much harder.

I’ve analysed how the policy plans of Labour and the Conservatives stack up with their targets — and where this might leave the planet. In a nutshell, Labour’s plans for immediate action align well with both their targets and the country’s responsibility in the global effort to limit warming below dangerous levels. Meanwhile, the Conservatives’ path forward is less ambitious, lacks specific commitments, and is not sufficient to tackle the climate crisis.

Labour on the right track

That means 30GW of onshore wind, 52GW of offshore wind and 35GW of solar energy by 2030. Taking into account the varying efficiencies and intermittent power generation of these technologies, that translates to roughly 32GW of usable energy.

This is much more than the 14GW of fossil-powered electricity the country currently uses. In fact, it’s equivalent to the current average demand for electricity in the UK. Vaguer commitments to invest in further nuclear power and trial tidal energy will add even more clean power to the grid.

Labour’s energy commitments are so high because they need to cover the vast increase in electricity consumption expected over the next decade as the UK replaces petroleum-powered vehicles and gas-fired heating systems. The scale of this increase is difficult to estimate, but a one-third rise from transport would be reasonable.

If all fossil fuel-powered heating systems were electrified, the increase in electricity demand would be too big to handle. But Labour is planning to limit the rise in two ways. First, the party says it will retrofit homes, capture waste heat from industry, and ensure all new homes will be zero carbon by 2022, to reduce heat demand by 20%.

Second, it will develop hydrogen-based hybrid heating systems alongside electric heat pumps – a crucial component of any future energy system because of the burden it can relieve on electricity and energy storage demands. Labour’s Thirty by 2030 report commits to 20GW of storage, and backup gas generation throughout the 2020s.

This, as well as the party’s other commitments, will come at significant cost. But, if followed through on, Labour’s policy pledges back up its targets.

Transport emissions, which account for a quarter of the UK’s total carbon ledger, are not included within these targets. Labour acknowledges the intimate links between the transport and energy sectors, and envisages 21.5m electric vehicles by 2030 – a massive increase on the current 250,000. However, it offers no detail on what it will do to get there, or how it will build charging infrastructure to support the transition.

Unlike Labour, climate action is not headlined as a keystone of the Conservative party’s manifesto. While they mention their “world-leading” target to hit net zero emissions by 2050 multiple times, the document contains few concrete pledges that demonstrate any serious commitment to actually get there.

The party promises an extra 31.5GW of offshore wind by 2030. However, it does not mention onshore wind or solar – technologies that have been stymied since 2015 by the Conservative government. The party therefore commits to adding roughly a third of the renewable power that Labour does.

Instead, they back hydrogen produced from natural gas. In order to offset emissions from this and other sources, they commit to investing £800 million in carbon capture technology. They also voice support for nuclear fusion, echoing their recently announced vision to get the technology online by 2040.

The problem is that both of these technologies do not yet exist commercially, and nor will they in the near future. Making nuclear fusion a viable power source by 2040 is extremely unlikely.

Even if both fusion and carbon capture were scalable by 2040, that’s far too late. Using the most generous estimates, the UK’s remaining carbon budget for the century will be exhausted in eight years if current levels of emissions continue. For net zero by 2050 to work, emissions need to fall dramatically in the next few years. My research shows that backing renewables and energy storage is a much surer and more efficient bet to achieve these aims.

Like Labour, the Conservatives intend to reduce heat demand, but beyond vague support for “environmentally friendly homes” and funds to improve the efficiency of homes and industries, details are nonexistent.

Their transport commitments also lack detail, merely stating that they will “support clean transport” and “consult on the earliest date” they can phase out fossil fuel-powered cars. The Conservative government’s current commitment is 2040 – ten years later than Labour’s pledge.

Finally, the manifesto pledges to plant 30m trees a year by 2025. But the party’s government planted just a third of the 11m trees it promised in 2015, and the new promise is still well below the rate that the government’s independent climate advisers state is necessary to hit net zero by 2050 – unlike Labour’s promise of 300m trees by 2025.

On the world stage

Of the two parties, Labour’s manifesto is far superior on climate action. Its long-term goals give a much better chance of limiting global warming below dangerous levels, and its policy commitments are far more detailed, measurable, and aligned with its targets.

While the UK may only account for 1% of global emissions, the direction the country takes matters. The UK is seen as a major policy leader across the world.

On this front, there is one final major difference between the manifestos that could be of particular global importance. If elected, Labour will calculate the country’s emissions based on what it consumes (including a TV imported from China, for instance), not what it produces. This closes a loophole through which developed economies – which tend to consume more than they produce, the UK included – can claim they are reducing emissions, when in fact they are outsourcing them to other countries.

This is a much fairer way of apportioning responsibility for addressing the climate crisis, and focuses attention on one of its biggest root causes – consumption. If other countries were to follow the UK’s lead, the election of a small island could make a big difference on the world stage.