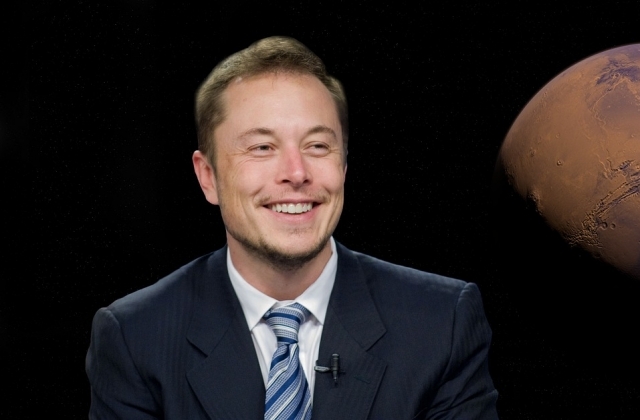 Elon Musk has surpassed Jeff Bezos in terms of net worth and is close to reaching $300 billion. With this, the Tesla and SpaceX owner is set to become the richest person in the world.

Once Musk hits the $300 billion mark, he will become $100 billion richer than the Amazon founder. The achievement will also place him in history as the very first person to have this amount of massive net worth.

The 50-year-old entrepreneur and business magnate is getting close to $300 billion net worth after adding over $36 billion to his fortune earlier this week. This happened after Tesla's shares jumped by 12.7% on Monday when it was announced that Hertz is placing an order for 100,000 units of Tesla EVs that will be used for its rental business by the end of 2022.

The enormous growth of Musk's fortune that happened in just one day is also said to be the largest in Bloomberg Billionaires Index's history. Currently, he has $289 billion, and this made him nearly $100 billion ahead of Bezos, who always topped the list of richest individuals in the world. The Amazon founder was worth $193 billion as of Monday, Oct. 25.

CNBC's Make It noted that aside from Bezos, Musk also surpassed the other richest people, including Bill Gates and Warren Buffet. Moreover, it is not just the businessmen that he bested in terms of net worth but even large, world-renowned companies.

Elon Musk is bigger than Toyota now as its market cap is valued at more or less $283 billion. CNN Business also reported that he is worth more than ExxonMobil Corporation too. The gas company's market value is currently $272 billion.

At any rate, for this year, Elon Musk added a total of $119 billion to his fortune, and the profits mostly came from the strong performance of Tesla's stock. Tesla exceeded the $1 trillion market cap and officially joined Amazon, Apple, and Microsoft in the ranks of the most prestigious tech giants in the U.S. Finally, the second biggest contributor to his fortune was SpaceX as the recent share sale added $11 billion to Musk's net worth.