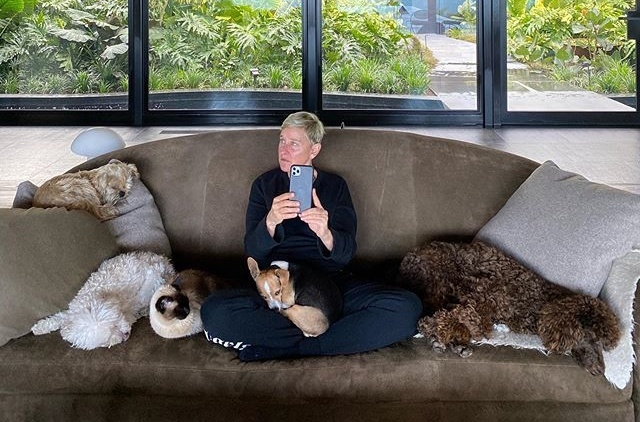 Ellen DeGeneres is back on the news, but it is not a pleasant one. She recently uploaded a video of herself with her mother where she was cutting her hair as a birthday gift.

Although the 62-year-old TV host and comedian posted the video to show everyone her “gift” as her mama turns 90, it was met with heavy public criticism. They were saying that DeGeneres is not the nicest person to work with, and based on the video, it seems that her family also suffers from her horseplays.

To mark her mom Betty’s 90th birthday, Ellen decided to give her a haircut, but she chose to use a clipper instead of scissors. For the host, this is a gift that her mom will remember for a long time.

In the video, Ellen DeGeneres could be seen telling her mom to sit down; then she began trimming her curly silver hair. Betty was protesting softly so Ellen told her: “It’s not that short, Mother, it’s just taking the edges off. I promise you.”

The 90-year-old then remarked, “Why am I letting you do this?” then Ellen said that it’s because it’s her birthday but it looks like she was not pleased. After the haircut, Ellen asked her mom if she likes her new look, she replied, “No, not yet, but when I wash it..Oh! You really cut it short!"

People’s reaction to the video

The video may have been shared in good faith but there were people who find it offensive. One even called out Ellen and described the scenario as “elder abuse.” Someone also said that she was just trying to show off her humanity so the public will forget that she’s mean but it didn’t work.

“Her mother didn’t need her haircut and didn’t want her hair shaved off,” one commenter wrote on the Daily Mail. “Ellen is using her for publicity, but it doesn’t make her look like a caring person using her mother like that.”

In any case, it is obvious that the harsh comments were also referring to Ellen DeGeneres’ latest controversy where some people who worked with her exposed her real character behind the camera. She was even described as one of the meanest people alive for her diva attitude.