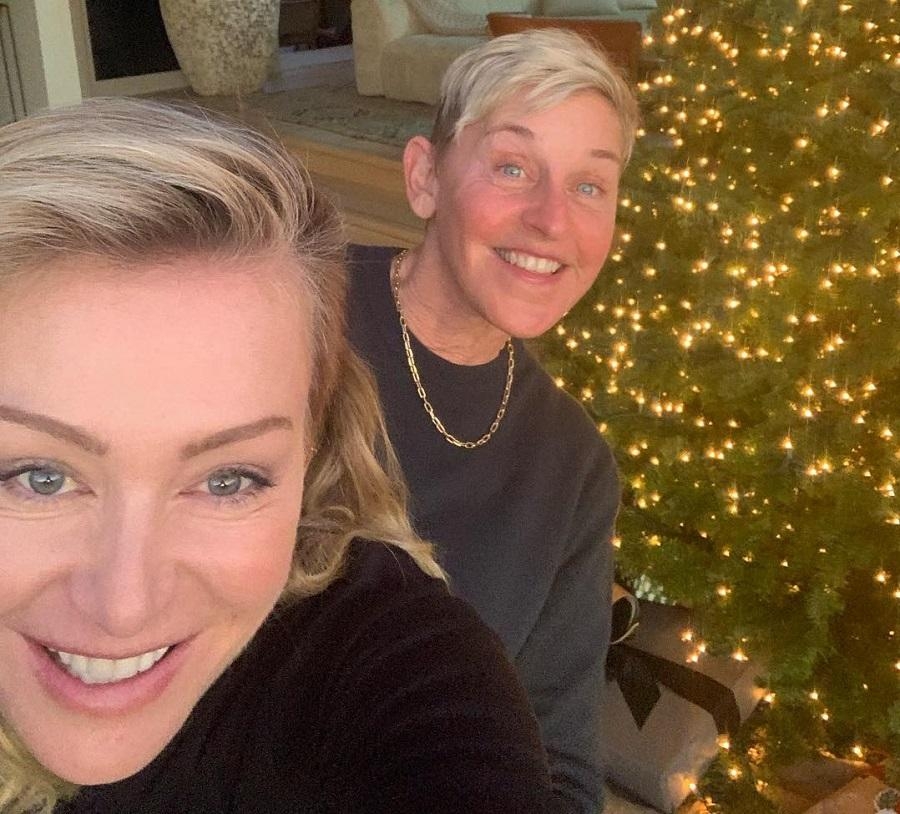 Portia de Rossi takes a selfie with wife Ellen DeGeneres in December 2018 for their own viewing party of the latter’s Netflix stand-up special “Relatable.” | Photo by Portia de Rossi/Instagram (@portiaderossi)

Almost every week, there is a new rumor claiming that Ellen DeGeneres and Portia de Rossi’s marriage is on the rocks. The couple may not be addressing them directly, but the comedian has one great way to shut them all down.

On Friday, Ellen celebrated her and Portia’s 11th wedding anniversary with an Instagram post. The talk show host shared a very happy photo of them taken on the day they tied the knot. The picture has been liked by more than 1.7 million fans as of this writing.

Coinciding this milestone, reports are recalling how their relationship has led to 11 years of a happy marriage. Reports have it that Portia and Ellen first met in 2000, around three years since the latter publicly came out. However, they only got closer and started dating in 2004, and in 2005, Portia did her interview with the Advocate, where she openly talks about being gay. The former actress was dating Francesca Gregorini before going out with Ellen, but E! Online recalls how Portia used to dodge questions about her sexuality until her 2005 interview.

Shortly after the Supreme Court of California ruled that same-sex marriage should be treated equally as opposite-sex unions, the Portia and Ellen got married in 2008.

After tying the knot, Ellen and Portia have started to experience something that every Hollywood couple goes through that is being hounded by divorce rumors. The reports have become so rampant that Ellen said in the Howard Stern’s SiriusXM radio program in 2015, they were advised at one point to take legal action. Just this week, New Idea ran another story claiming that Ellen and Portia are going through a “marriage crisis.”

However, Ellen also sees a positive thing in the spread of divorce rumors. She said it somehow made them feel “flattered” because the tabloid stories indicate that people have started to take an interest in lesbian couple stories.

Portia would echo the same sentiment while talking to Us Weekly in 2018, saying, “The divorce rumors came and then we really knew the perceptions had changed. … I know it sounds ridiculous, but when that started happening I thought, ‘Oh, now we’re finally accepted.’ We get the same s*** as every celebrity couple.”