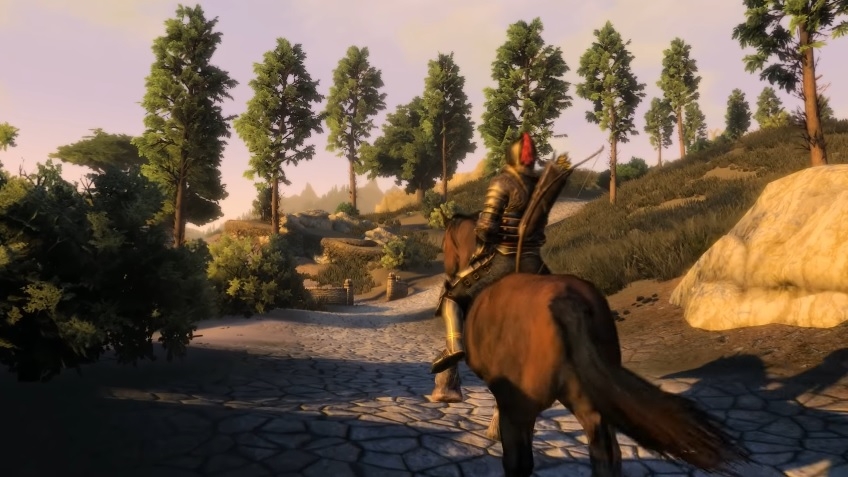 “Elder Scrolls: Skyblivion” is technically a mod, but the way it is being built makes it feel more like a remastered work of “TES: Oblivion.” The fourth main title’s assets are being developed and rebuilt into the “Skyrim” and “Skyrim: Special Edition” engines. However, there is one thing that the volunteer developers cannot do, and that is to launch the game on consoles.

‘Elder Scrolls: Skyblivion’: Why it cannot be launched on consoles?

When “Oblivion” was launched in 2006, it was released on Windows PC, PlayStation 3, and Xbox 360 that were the current generation of consoles at the time. But the volunteer developers from TESRenewal group have very valid reasons why they cannot do that for “Elder Scrolls: Skyblivion.”

One of the reasons is the total file size of “Elder Scrolls: Skyblivion.” The specific number has not been announced yet, but developers mentioned that it is an impossible task to make it compatible with the typical console storage capacity. Earlier versions of PS4 and Xbox One usually come with a 500GB hard drive.

Another very understandable reason for not launching “Elder Scrolls: Skyblivion” on consoles is that the game uses Skyrim Script Extender (SKSE). It is a third-party program that console ecosystems are not programmed to process. And the developers also emphasized that they need SKSE to produce the “best possible experience” once the game is out.

While the file size aspect seems like a workable issue, the use of SKSE appears to be a non-negotiable requirement on the part of the “Elder Scrolls: Skyblivion” developers. Console makers are also very unlikely to allow the use of third-party programs on their products anytime soon. So to gaming fans looking forward to this project, they might want to start investing in an adequate gaming PC.

The first official gameplay trailer of “Elder Scrolls: Skyblivion” was released last August, and developer Rebelzize noted, “It’s been a long ride, but we are finally at a point where the end is almost in sight.” TESRenewal has yet to announce a specific release date.

Developer Dee Keyes explained on Reddit that, technically, they could finish the game in 2020, but that launch window is still highly provisional. “When we have a release date you can bet your butt that you won't be finding out about it through rumors, we'd be putting those 6 numbers up on broadway with blinding lights,” the developer promised.