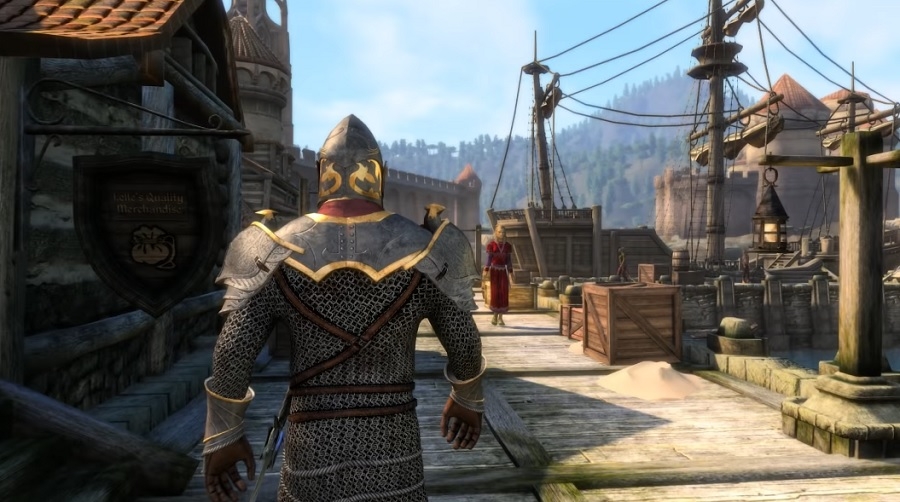 “The Elder Scrolls: Skyblivion” is one of the much-awaited fan-made mod that has been in the works for several years now. It is possibly one of the biggest and most ambitious projects of its kind as the general work entails developing “TES 4: Oblivion” gameplay and content into the “Skyrim” engine.

Some of the earliest reports about “The Elder Scrolls: Skyblivion” date back to 2014 and 2019 have been important to fans waiting for this project to be completed. This is the year when developers finally released an official teaser of the game. However, an official release date remains unknown at this point.

‘The Elder Scrolls: Skyblivion’ release date: Will it be completed in the next 2 years?

The unveiling of the official “The Elder Scrolls: Skyblivion” teaser has prompted more fans to ask if the game is getting released very soon. Additionally, many have started speculating that the game could be released by 2020.

It should be noted, though, that the developers have not announced anything specific yet about the release date of “The Elder Scrolls: Skyblivion.” Developer Dee Keyes once told a fan on Reddit that it is true 2020 is “technically” a possible launch, but they will not go as far as announcing it to be the official release date window.

They know there is always a chance for something to go wrong that could affect the current pace of the development of “The Elder Scrolls: Skyblivion.” “This is a volunteer project that doesn't run at the speed of a real game studio,” Dee Keyes explained. “I believe we run at the same quality as one but not the same speed due to this being done in our spare times.”

Meanwhile, there was also a time when a fan asked if the game could be out by 2021, and Dee Keyes implied that it is also possible. It just proves that the launch schedule of “The Elder Scrolls: Skyblivion” is still very tentative at this point.

Volunteer developers of “The Elder Scrolls: Skyblivion” should be credited for always promptly providing an update on the progress they are making. One of the most recent updates from Dee Keyes was the landscaping work they have done for the Blackwood area.

Developers also showcased what fans can expect from the landscaping design when they walk beyond the Blackwatch border gate. Dee Keyes also confirmed they have added more elements in terms of environment details in the Black Marsh area.