‘Elder Scrolls 6’ release date: Why it's unlikely to be Xbox-exclusive amid Microsoft's ZeniMax Media, Bethesda acquisition 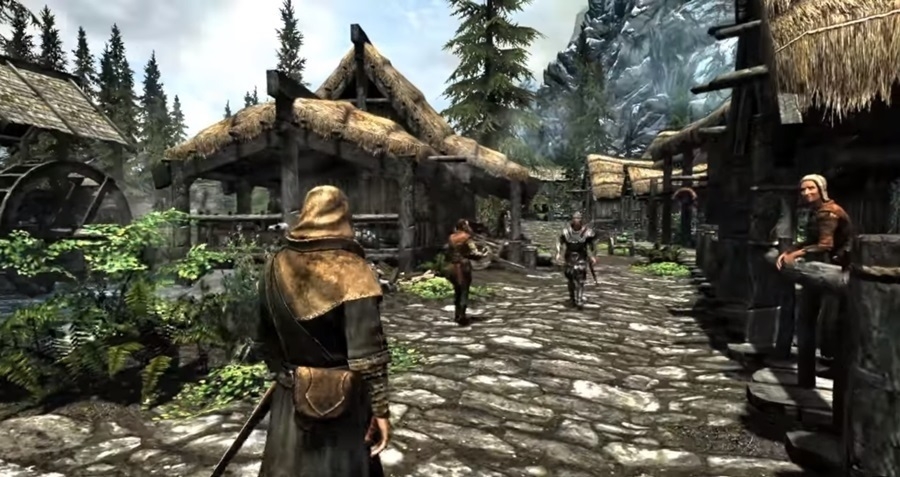 Microsoft kind of broke the internet on Monday after its plans to acquire ZeniMax Media -- Bethesda Softworks’ parent company -- was made public. There are plenty of popular IPs under the banners of ZeniMax and Bethesda, including “Elder Scrolls 6,” and it is worth asking if Microsoft would opt for a very aggressive move of making them Xbox and Windows PC exclusives.

‘Elder Scrolls 6’: What Microsoft’s acquisition of ZeniMax means for the game

This question has more weight for the fate of “Elder Scrolls 6.” While the game has been announced, implying its development is underway at some capacity, Bethesda has been clear that it will not be released for a few more years.

Bethesda’s priority is the development of its first new IP in 25 years titled “Starfield.” And the studio has reiterated several times that “Elder Scrolls 6” will only be released after “Starfield.” So major adjustments such as making them Xbox and PC exclusives may still be doable with the timeline the game still has.

Microsoft’s acquisition of ZeniMax Media is expected to be completed in the first half of 2021. It would not be surprising if the companies involved will not address in detail the questions about game exclusivities in the coming weeks or months. However, if anyone would guess, it may be a bad business decision to keep games as huge as “Elder Scrolls 6” exclusive to Microsoft-owned platforms. The franchise has been around for more than two and a half decades now, and a large part of its continuing success is the share of gamers playing the series on a PlayStation system.

That is not to say that Microsoft will not take advantage of this massive acquisition that reportedly costs $7.5 billion in cash. The most likely scenarios for upcoming ZeniMax and Bethesda IPs are for them to be released first on Windows PC and Xbox and be added to the Xbox Game Pass library on day one.

To answer the question everyone is asking: Phil Spencer tells @dinabass that Xbox plans to honor the PS5 exclusivity commitment for Deathloop and Ghostwire: Tokyo.

Future Bethesda games will be on Xbox, PC, and "other consoles on a case by case basis." https://t.co/Agyttr53LO

Meanwhile, Microsoft confirmed that some of the Sony deals penned before the acquisition, such as PS5 exclusivity for “Deathloop” and “GhostWire: Tokyo,” will still go as planned. Xbox boss Phil Spencer reportedly said future games like “Elder Scrolls 6” will be released on “other consoles on a case by case basis.” Whatever that means, only time will tell.

“Elder Scrolls 6” was first announced during E3 2018 through a very short video teaser that shows a mountainous terrain from a location still unknown. Since then, all Bethesda has said about the next game is that fans should expect to way a long time before seeing it released.

As mentioned, “Elder Scrolls 6” will not be released before “Starfield” and Bethesda has barely said anything about its new IP as well. With that, it is very difficult to estimate when the next Tamriel-set adventure will be released.