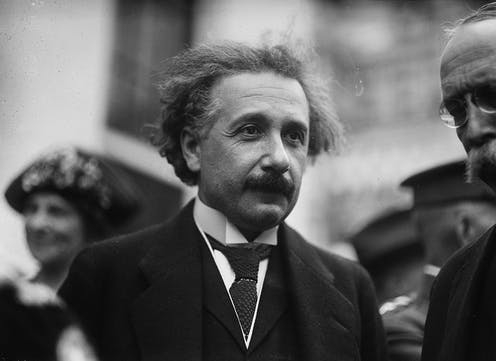 Albert Einstein photographed on a trip to America in the wake of his Nobel prize-winning discoveries. Harris & Ewing/PICRYL 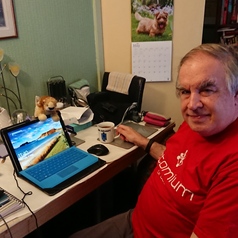 By Robert A Jackson

A century ago, an upstart German physicist by the name of Albert Einstein turned the scientific world on its head with his discovery of the photoelectric effect, which proved light to be both a particle and a wave. Awarded the 1921 Nobel prize in physics for his work, Einstein would later contribute to theories related to nuclear fusion and fission – arguably paving the way for the invention and detonation of nuclear weapons, as well as nuclear energy.

And so, when elements previously unknown to science were discovered in the chemical debris of a nuclear explosion 69 years ago, it was fitting that scientists named what they found after the great physicist – adding “einsteinium” to the periodic table.

Now, 100 years after Einstein’s Nobel prize win, chemists have finally been able to peer into the chemical behaviour of this elusive, highly radioactive element. What they’ve learned could help scientists further expand our understanding of the periodic table – including elements that are yet to be added to it. 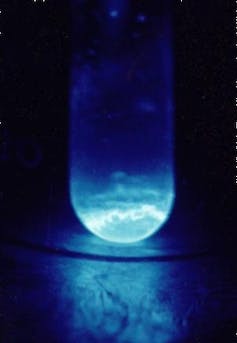 Einsteinium (Es) is the 99th element in the periodic table. It was first discovered in 1952 when a thermonuclear device dubbed “Ivy Mike” was detonated on the island of Elugelab in the Pacific Ocean (now part of the Marshall Islands). Ivy Mike’s detonation was the first demonstration of a hydrogen bomb. Such a blast creates four times more energy than nuclear fission bombs (like those dropped on Japan in 1945) and four million times more energy than the burning of a similar amount of coal.

It was in the fallout from Ivy Mike’s explosion, amid the chemical debris, that atomic number 99 was found for the first time. Only about 200 atoms of this element were detected, which shows just how scarce it is. It took nine years of painstaking work for scientists to be able to synthesise element 99 in a lab, which they achieved in 1961.

The team of researchers who made the discovery thought about naming the element “pandamonium”, since the project team behind Ivy Mike had operated under the acronym “PANDA”. But in the end, they decided to honour Albert Einstein. 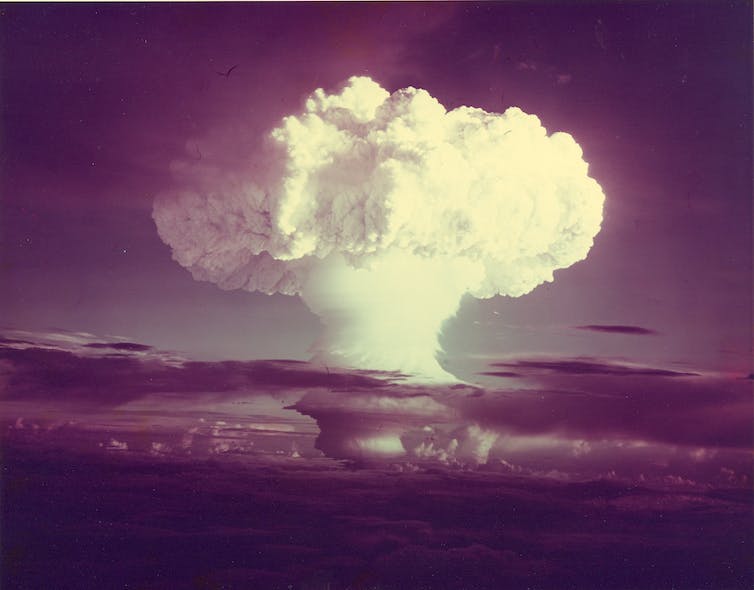 The blast from the Ivy Mike atmospheric nuclear test, photographed on November 1 1952. The Official CTBTO Photostream/Wikimedia, CC BY

Too hot to handle

Perhaps unsurprisingly, very little has been known about einsteinium. An element birthed in a thermonuclear blast, it’s incredibly hard to experiment with due to its extreme radioactivity. Not only is it literally too hot to handle – one gram of einsteinium produces 1,000 watts of energy – it also emits harmful gamma rays, so working with the element requires researchers to wear protective gear at all times.

What’s more, einsteinium’s most commonly occurring form (called Es-253, based on the number of neutrons in the atom’s nucleus) has a half-life of only 20 days. That means that, after 20 days, einsteinium decays by half. After a couple of months, the tiny quantities of the element that scientists are able to work with practically disappear.

So it’s no wonder that it’s taken nearly 70 years for scientists to get to grips with this element. But now, a team from the Lawrence Berkeley National Laboratory and the University of California at Berkeley have managed to pin down enough einsteinium to run some basic tests on the element – breaking new ground in experimental chemistry and fundamental science.

In their paper, the researchers explain how they managed to use just 200 nanograms of Es-254 (a rare form of einsteinium with a half-life of 275.5 days) to run their experiments. A nanogram is just one billionth of a gram, so these experiments took place on an incredibly small scale.

Performing chemistry with einsteinium for the first time, the research team managed to synthesise a chemical compound that included the element in order to examine how it might interact with other elements in a compound. This was done under the Stanford Synchrotron Radiation Lightsource, which beams high-energy light at chemical compounds to enable their structure to be exposed. You can think of this method as similar to how silhouettes are formed – but on an atomic scale. 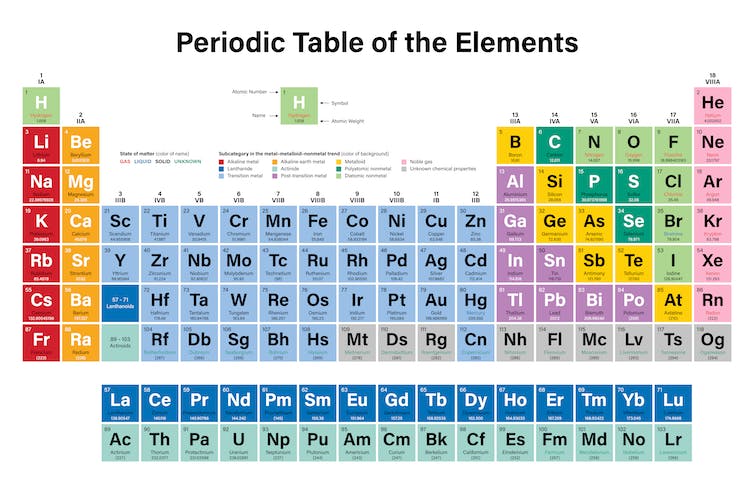 The periodic table. Einsteinium features on the bottom row under ‘Es’. Humdan/Shutterstock

Crucially, the researchers also managed to measure the valence state of einsteinium, which is the charge on the atom. An atom’s charge controls how many other atoms it can bond to. This quantity is of fundamental importance in chemistry, determining the shape and size of the building blocks from which the universe is made. Einsteinium happens to lie at an ambiguous position on the periodic table, between valence numbers, so establishing its valence helps us understand more about how the periodic table should be organised.

Einsteinium is currently the heaviest chemical element that can be examined in this way – so it’s exciting for chemists that new ground has been broken by this recent paper. The challenge facing future chemists is to try to synthesise heavier elements in similarly measurable quantities, revealing more about the chemicals that make up our world.