‘Dr. Stone’ season 2 is confirmed and the anime’s ‘Stone Wars’ arc will begin 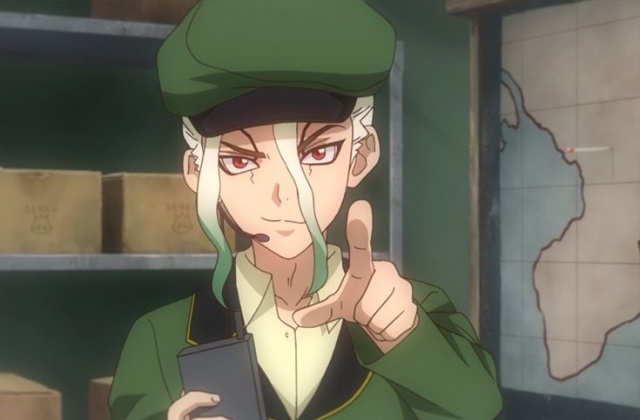 Fans want “Dr. Stone” season 2 as soon as the first installment’s episode 24 has aired. It was first thought that a 25th episode is coming, and it will be the finale, but it turned out that the last story already aired. Now, all that the fans have been waiting for is season 2 that was already confirmed.

In the last episode of the first season, Senku was able to make cellphones, and they made a pair of the device. They said that they need this communication gadget if they want to beat Tsukasa, their enemy.

While making the cellphone, Senku accidentally found a record, and they were able to hear the voices of the astronauts who survived the petrification since they were out of space when it happened. They were surprised to discover that one of the speakers was Senku’s father, Byakuya Ishigami, who originally established the Ishigami village.

Senku and the villagers learned that after the Earth was petrified, the astronauts returned, and Ishigami led the colony of survivors and set up the village as he was hoping that his son will be revived and work to save the civilization through his knowledge in Science.

When he was still alive, Byakuya spent years gathering metals that he knows Senku would be using once he is revived from the petrification. He continued to do this until he died, as the lone survivor.

Based on the teaser, “Dr. Stone” season 2 will be based on the “Stone Wars” arc in the manga series, and as the title suggests, this could mean many battles. The villagers may have to face their enemies now, and with the things that they have created so far, they could win in the fights.

What’s more, it is likely that the mystery of the petrification will finally be revealed. How did it happen, and why? These will be answered when “Dr. Stone” season 2 airs. Moreover, Taiju and Yuzuriha could be revived, and with their help, Senku will be able to save the civilization just like what his father had already figured out in the past.

Meanwhile, as per Game Revolution, “Dr. Stone” season 2 could return in July, with no exact date yet. It should be noted that this is just a prediction that was based on season 1’s premiere date.