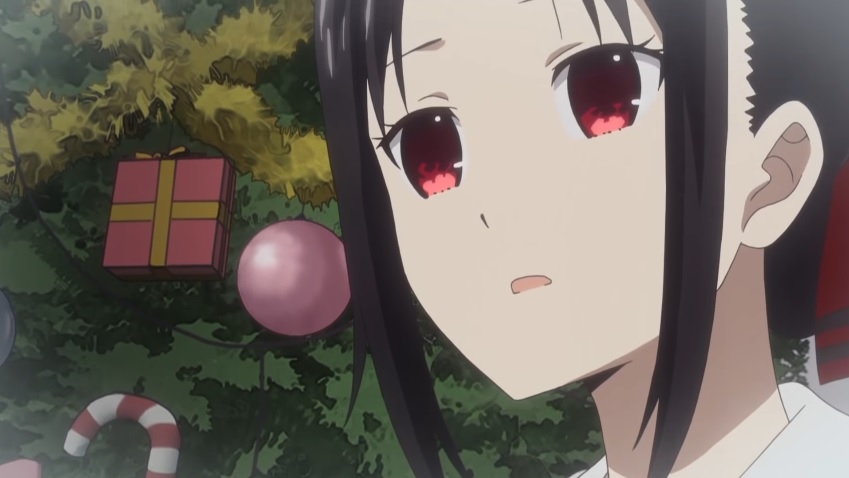 The latest events that took place in the series points to “Kaguya-sama: Love Is War” season 2 episode 10 being focused on the Shuchiin Academy’s Sports Festival. On this day, Kaguya will meet Miyuki’s father to whom she somewhat confesses her feelings for the student council president.

Many things will happen from the days of preparations to the actual day of the Sports Festival. However, one of the best encounters very likely happens between Kaguya and Papa Shirogane. Their first meeting in “Kaguya-sama: Love Is War” season 2 episode 10 will begin as quite a funny interaction as Miyuki’s dad watches the president from a distance and comments that his son is trying too hard.

Kaguya hears Papa Shirogane, so she will naturally rebuke him and order him to retract his statement. Miyuki’s father starts the interesting conversation in “Kaguya-sama: Love Is War” season 2 episode 10 without properly introducing himself.

He will challenge Kaguya to convince him what is so good about the president before he takes back his words. Kaguya will describe Miyuki’s work ethic to how she likes his eyes as some of his positive traits. But what convinces Papa Shirogane is when Kaguya says Miyuki helped her see there are still good people in the world. She will add that she is so grateful to Miyuki to the point of wanting to say thank you to his parents as well, not knowing that she is already talking to his father.

After this exchange and agreeing to take back his negative comments, Papa Shiragone will ask Kaguya if Miyuki is the “object of your affections.” Kaguya will, of course, not give a straight answer in “Kaguya-sama: Love Is War” season 2 episode 10. However, her efforts to deflect and overall response to the question will be seen by Papa Shirogane as somewhat a confession.

Someone important to Yu’s arc will arrive

The Sports Festival arc in “Kaguya-sama: Love Is War” season 2 episode 10 is also significant to establishing Yu Ishigami’s backstory. If this storyline is introduced in the next episode, anime-only fans should prepare to meet the character that they would learn to despise because of how she has affected Ishigami’s past.

Without any delay, “Kaguya-sama: Love Is War” season 2 episode 10 should be released on Saturday, June 13. Simulcast is available on Funimation’s streaming platform while fans in other regions in Asia can officially access new episodes through Netflix, although the broadcast is delayed by a couple of weeks.