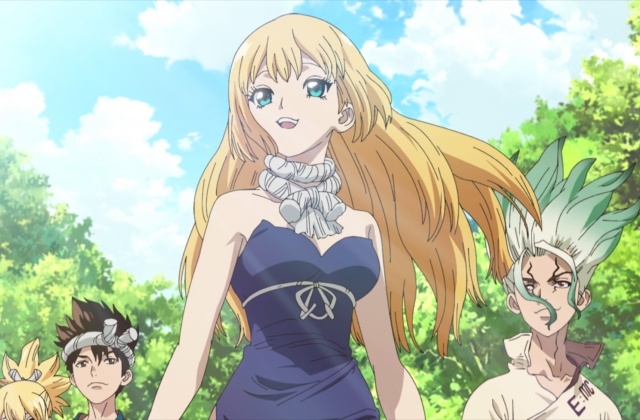 “Dr. Stone” season 2 is coming back with a whole new story arc. Based on the available details, this will offer more actions and exciting twists and revelations as Senku and his friends gets deeper into Science and eventually learn new discoveries that will help them unravel the mystery of the petrification.

“Dr. Stone” is an anime created by Riichiro Inagaki with original illustrations from Bochi. When season 2 arrives, it will still feature Shinya Lino as its director for TV.

Story overview - what to expect

As mentioned earlier, “Dr. Stone” season 2 will be returning with a new arc and based on the preview, it will be arriving with the “Stone Wars” arc and just by looking at this title, it is easy to see that a war will break out and it is probably, the battle that Senku and the villagers have been preparing for.

It can be recalled that in the last several episodes of “Dr. Stone” season 1, they have been preparing weapons, gadgets and equipment that they can use to attack and beat their enemies like Tsukasa who have been trying to destroy the Ishigami village but always fail.

The interesting detail is that Tsukasa and Senku will become friends because he depetrified his former enemy’s younger sister, Mirai. Still, they still have lots of rivals to watch out for but they are confident this time because they are already “armed.”

“Dr. Stone” season 2 was renewed in December last year. It seems like a gift to all the fans when TOHO Animation announced that a second installment has been confirmed and coming soon. Through a short video, it was hinted that Senku, Chrome and Gen vowed to fight together until the end. However, there could be new characters in “Dr. Stone” season 2 that could sway the three friends’ friendship and a betrayal twist is possible.

Also, Senku will not stop until he finds answers to the mystery of petrification. He will also continue to invent and research to come up with a solution to de-petrify everyone in the universe. Finally, “Dr. Stone” season 2’s airdate has not been announced yet but Game Revolution suggests that it could be coming this July.