‘Dr. Stone’ episode 22 air date, spoilers: Senku, Chrome and Magma look for the ‘The Treasure’ in the caves 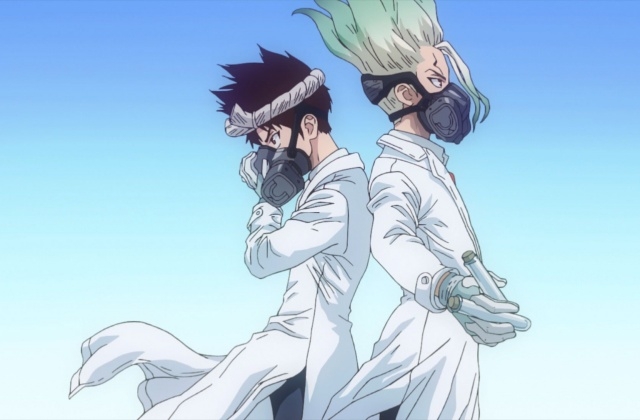 “Dr. Stone” episode 22 will still be about Senku and the villagers’ goal to make a cellphone for easy communication that will help with defeating Tsukasa. They previously invented the machine that will produce gold threads that will become conductors later. The machine also makes the best cotton candy, so it was a great item.

Dr. Stone Fandom shared last week that in “Dr. Stone” episode 21, Senku and the villagers were able to build many things. However, they needed more materials, as some of their creations are not working properly. Also, although they were able to build a waterwheel that supplies hydropower energy to lessen manual works, everyone still had to work harder so they can achieve their goal of making a cellphone and defeating Tsukasa faster.

Senku picked an unlikely friend for the exploration

“Dr. Stone” episode 22 is called “The Treasure,” and while it seems to suggest that they may find something precious, it was revealed at the end of the story that it was referring to something else. It is not a material one, but something really valuable, and everyone will be surprised.

In any case, “Dr. Stone” episode 22 will open with Senku announcing that he chose Magma to come with him and Chrome to find tungsten in the caves. They must have this material to make the vacuum tube. Tungsten is the most heat-resistant metal in the world, and this is just what they need.

As they leave the Ishagami village, many were still surprised that Senku picked Magma, and Chrome also reminded Senku that he might not be the best choice because he may even try to kill them. But the Science genius reasoned that Magma is the most powerful person in the village, and they could use his strength if they want to bring back tungsten.

Once in the cave, they came across brittle rocks, and while Chrome thought that Magma would take the opportunity to kill them, he was wrong as rather than harming them. Senku pointed out that Magma actually tried to save him from falling in the pit, and Chrome is confused because Magma even openly said that he would kill them, and he is mad at Senku for being the village chief when it should have been him.

Back in the village, everyone was out on the ground, and Gen, who seems to be planning something terrible to Senku, got ready to welcome him. But it turned out that she and everyone else were trying to surprise Senku on his birthday.

They gave him a gift, and it was something everyone worked for when he was gone. Gen led Senku to the tower that holds a massive telescope, and the genius was overwhelmed.

In the end, despite the suspicions that the villagers and some of the crew are trying to eliminate Senku, in truth, they have formed a bond, and it’s called friendship. Thus, the real treasure being referred to in the title are the friends that everyone made along the way.

“Dr. Stone” episode 22 will be out on Dec. 13 as per Game Revolution. There are two episodes left before the series concludes.