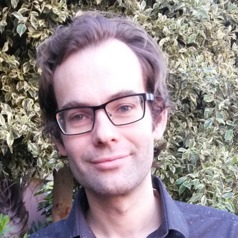 This is the “post-truth age”. Over the past few years, politicians from Europe to South America and the US, have been labelled “post-truth leaders”, with US president Donald Trump becoming the standard bearer for this strange new world.

But post-truth leadership is nothing new. Ever since sociologist and political economist Max Weber developed his notion of charismatic leadership in the early 20th century, many societies have been infatuated with the idea that leaders ought not to concern themselves too much with factual reality. In fact, leadership has long been “post-truth”, a topic I explore in my recent book.

According to Weber (1864-1920), “charismatic leadership” is a form of authority that derives from the attribution of extraordinary qualities to an individual by his (rarely her) followers, qualities that, in a quite literal sense, do not belong to the normal order. This distinguishes charismatic leadership from the authority of law or tradition, which are ordinary forms of domination that do not rely on an exceptional human individual.

The religious origins of the notion of charisma (from the Greek χάρισμα, meaning “gift of grace”) are not coincidental. Weber elevates the charismatic leader to a sphere that is uncontaminated by the reality and constraints of ordinary life. Weber’s charismatic leader is essentially transgressive, one who oversteps the bounds of the present order and whose supporters take these transgressions as proof of their leader’s extraordinary character.

Such otherworldly expectations can be difficult for leaders to live up to. Prior to his election, former US president George H W Bush was criticised for a lack of “vision”. Indeed, rather than embracing the idea of becoming a charismatic leader, Bush responded with open contempt for “the vision thing”. Newsweek magazine later spun this comment into a famous cover story that framed a feeble Bush in terms of his battle with the “wimp factor”“. This image of a weak leader lacking in vision was to haunt Bush throughout the single term of his presidency.

The expectation that "real” leaders must have a compelling vision is important for understanding the relationship between leadership and truth. A vision may be seen as a “higher truth” by the leader’s supporters or, alternatively, as a “great lie” by their opponents.

Either way, visions have little to do with facts. A factual statement talks about the actual, about the things that are in the present, or have happened in the past. But the image of the visionary or charismatic leader is of someone who thinks and speaks in grand terms about the future.

Such future-oriented speech cannot be fact-checked because it belongs to the domain of the potential, the as-yet-unrealised world of what might yet come to be. Martin Luther King’s “I Have a Dream” speech, for instance, conveys a vision that has come to be seen as a great truth, but it is not, itself, a true or false statement. It is a vision – albeit one of inspiring justice and hope.

Indeed, it is unsurprising that politicians who want to be perceived as “great” leaders will often avoid statements that can be fact-checked as they focus instead on captivating their audiences with visions of the world to come.

By avoiding the realm of the factual, leaders can demonstrate that their minds are not shaped by the past or the present. Rather, they already – in a sense – inhabit a glorious future and show the rest of us how we can join them. It is a future where Ronald Reagan’s “Shining City Upon A Hill” will become ever brighter, but will likely also remain ever elusive, a promise that need never be kept.

And so Trump, as the New York Times wryly observed, is “trying to create an atmosphere in which reality is irrelevant”. For Weber, this is part and parcel of the nature of charismatic leadership: by demonstrating a lack of interest in the past and the present, charismatic leaders create the image that they belong to a higher sphere in order to bring about future change.

While leadership has been a post-truth pursuit for a long time, dating back to well before Weber, there is something strange and new about contemporary post-truth leaders such as Trump. In contrast to Weber’s charismatic leader, who does not concern himself with the factual, Trump and his administration do speak, very frequently, in the language of facts. Of course, these aren’t really facts based in reality, but rather “alternative facts” spun out of a parallel, often fictional, version of how things are.

Indeed, this is something that has fuelled the rise of fact-checking media. Uncovering the falsehoods of a leader like Trump, who has at least 12,000 to his name according to The Washington Post, is unquestionably a vital task for the preservation of a healthy democracy. But it is equally important to ask what it is he achieves by saying things that are demonstrably false.

The reason why few commentators have asked this question may be because the answer seems to be too obvious to warrant much consideration: by lying about the facts, Trump and other post-truth leaders aim to deceive people into thinking more highly of them and their policies than they deserve. There is, no doubt, some truth to this, but it is not the full story.

Trump’s lies are as much a demonstration of power as they are statements that intend to deceive. Trump’s infamous campaign promise to “lock up” Hillary Clinton if elected was hardly meant to be believed – it was primarily an attempt to create an image of himself as someone whose power stands above the law.

Even the lies that do aim to deceive their audiences, perhaps most famously Trump’s demonstrably false claim that his inauguration attracted a larger audience than that of his predecessor Barack Obama, also show to his constituency that he has no need to conform to the norms according to which ordinary people must abide. In this sense, he is still a characteristic example of the transgressive Weberian leader.

What is new in post-truth leadership is not its disinterest in reality, but the way in which it demonstrates its otherworldliness: not by avoiding factual statements, but by showing contempt for their importance. This combative approach to facts may be new but its effect is very much in line with traditional charismatic leadership. For, in demonstrating his otherworldliness, a figure like Trump also creates a faith-based world in which he can define what is true.

The present effort to impeach Trump is not merely a power struggle between the Democrats and the Republicans, and nor is it merely a question of the powers of bureaucracy versus a “rogue” leader. The issue is both broader and deeper: it is a test on a grand scale of how deeply ingrained the Weberian notion of leadership is in the Western world.