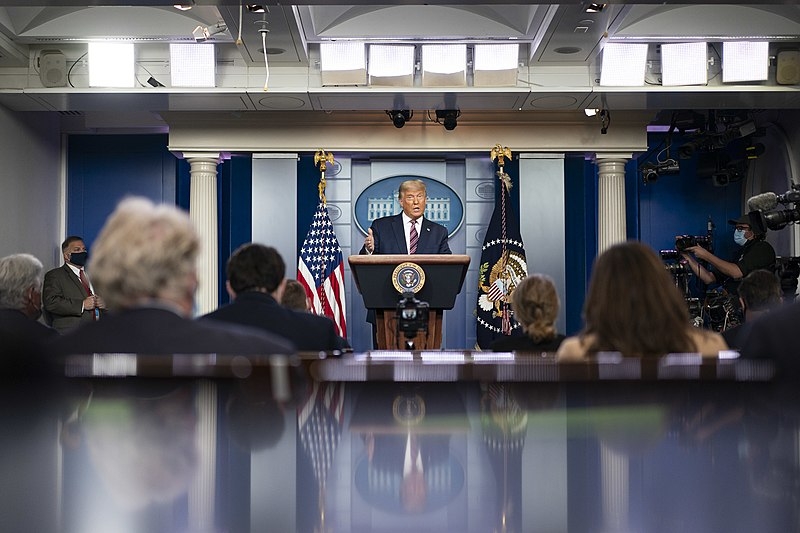 Now-former President Donald Trump still asserts that the election was stolen from him to this day and has made attempts to overturn the results that led to Joe Biden’s victory. As investigations are launched into the elections in Georgia, a recording has surfaced with Trump telling a Georgia official to find fraud.

Audio of the call obtained by CNN reveals Trump’s phone conversation with the Georgia Secretary of State’s office. In the recording, the former president could be heard asking Georgia’s chief investigator Frances Watson to find evidence of widespread voter or election fraud in the state’s election results. Trump added that Watson might be rewarded in the effort to overturn the election results in his favor. Georgia ultimately went to Biden during the November elections.

“When the right answer comes out, you’ll be praised,” Trump is heard telling Watson in the audio first obtained by the Wall Street Journal. “I won everything but Georgia. And I won Georgia. I know that. By a lot. And the people know it. And something happened there. Something bad happened.”

Trump went on to tell Watson to also check for fraud in Fulton County, the most populated district in which most of Atlanta residents are in. Watson only responded that they are only interested in the truth and finding information based on facts.

At the time of the call, Watson was looking into the secretary of state’s office and the Georgia Bureau of Investigation’s audit of over 15,000 signatures in Cobb County, outside Atlanta. The audit found no evidence of widespread voter or election fraud, and Biden was declared the winner in the state.

As the Biden administration has ramped up the COVID-19 vaccine rollout nationwide, a public service announcement featuring all of Trump’s living predecessors - former Presidents Jimmy Carter, Bill Clinton, George W. Bush, and Barack Obama, and their spouses - encouraging the public to get vaccinated. Trump was the only president not to be included in the ad. It also comes in the wake of the revelation that Trump and his wife, now-former first lady Melania Trump, received the vaccine in the White House privately before leaving Washington.