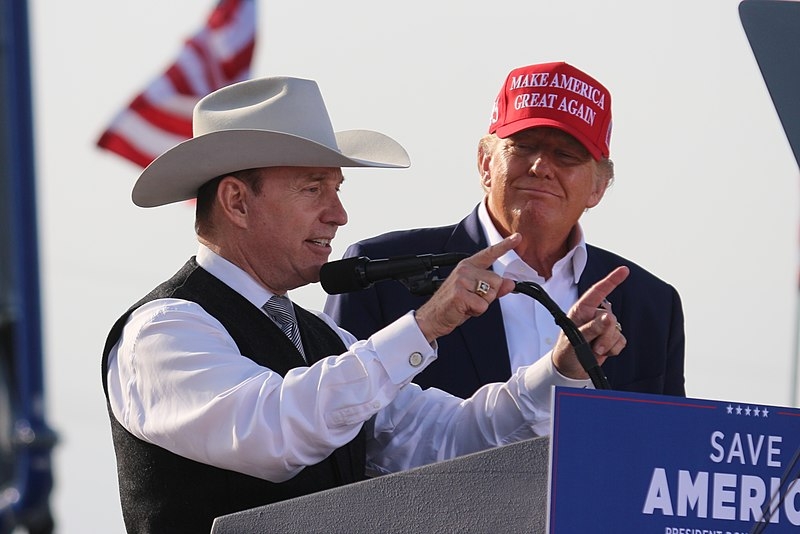 Former US President Donald Trump is already at the center of several investigations taking place in different states. Democratic Rep. Katie Porter has recently raised awareness of a possible bribery scheme involving the former president and one of his cabinet officials.

Speaking on MSNBC Wednesday, Porter revealed details about a possible bribery scheme involving Trump’s former Interior Secretary Ryan Zinke and his deputy David Bernhardt with real estate developer Mike Ingram. Porter said that Bernhardt and Ingram had an off-the-record meeting that is believed to have resulted in a kind of quid pro quo.

Porter explained that three incidents happened shortly after the meeting between Bernhardt and Ingram. The Army Corp. of Engineers reportedly announced they are reopening the permit process for an area in Arizona that was previously designated to be environmentally sensitive. At the same time, Ingram and several business acquaintances donated almost $250,000 to the Trump Victory Fund and the Republican National Committee.

After the donation was made, a high-ranking official from Fish and Wildlife received a call telling them that a “high-level politico” wanted them to reverse their decision that the development of the said person was deemed environmentally harmful. Porter said that the instances appear to be a quid pro quo situation as the real estate developer and his associates received favors after they donated to Trump’s Victory Fund.

“New from @RepRaulGrijalva and me: After a real estate developer and his friends made $241,600 in campaign donations, the Trump Administration overruled local environmental experts to green light a development near an endangered river. We’re making a criminal referral for bribery,” tweeted Porter.

Meanwhile, Trump is still under investigation by the New York Attorney General. An appeals court in the state expressed skepticism towards the former president’s efforts to block the enforcement of the subpoena of attorney general Letitia James.

The panel of judges was apparently not convinced by the argument made by Trump’s legal team, citing that the civil probe was improper partly because it would complicate the former president’s right to invoke the 5th Amendment in a parallel criminal probe by the Manhattan District Attorney.

Justice Rolando Acosta apparently questioned whether the state judiciary has the authority to intervene in such an investigation on behalf of the former president.