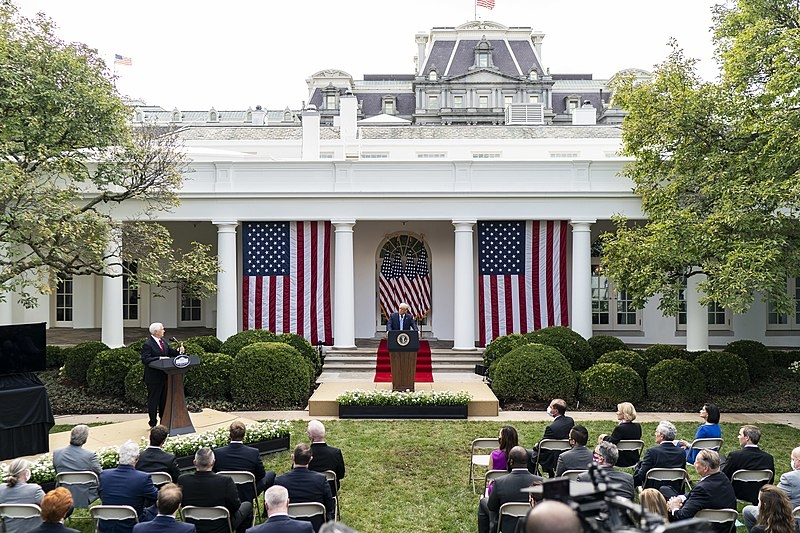 The United States is still struggling with the ongoing COVID-19 pandemic with millions infected and over 200,000 Americans dead from the disease. This week, Donald Trump announced his administration’s plan of distributing 150 million COVID-19 tests to Americans.

Trump announced on Monday that his administration plans to distribute 150 million rapid COVID-19 tests to Americans that were first promoted back in August. Formally unveiling the plan at the White House Rose Garden, Trump claimed that the tests were there to be made available to teachers who will need it, as many schools across the country have reopened physically while others have chosen to reopen virtually this year. The reopening was part of the administration’s push to return to normal even with the ongoing pandemic.

The tests are made by Abbott Laboratories and were touted as a possible game-changer to the pandemic. This sudden plan to release millions of COVID-19 tests is a shift in Trump’s previous assertion that more cases of COVID-19 were noted because there was more testing happening. Trump also said, in another sudden shift from his previous stances, that more efforts made to testing and noting asymptomatic cases in low-risk populations should not be cause for alarm or panic. 100 million of the tests would go to states and territories in support of efforts to reopen while 50 million would be allotted for those who are at the most risk of contracting the disease.

Despite these plans, federal guidelines on how these testing kits would be released to the American public have yet to be detailed. Some states and cities have yet to be fully on-board with the sudden distribution, and some have also expressed reluctance regarding its use.

Meanwhile, Trump faced off with former vice president Joe Biden in the first presidential debate, ending with the Republican incumbent perhaps unsurprisingly losing to the Democratic challenger. Even with this loss in the first debate, a piece by Chris Cillizza in CNN notes that during Trump’s debates with former Secretary of State Hillary Clinton in 2016, Trump lost all three of his presidential debates, despite claiming he had won every single one of them. Yet, Trump won the electoral college.

Exit polls from 2016 showed that at the time, ⅔ of the voters who said the debates mattered in their decision to vote for a candidate, Clinton won over Trump by four percentage points 50% to 46%. However, three in 10 voters who thought the debates did not matter in their vote, Trump overtook Clinton by a 17-point margin.