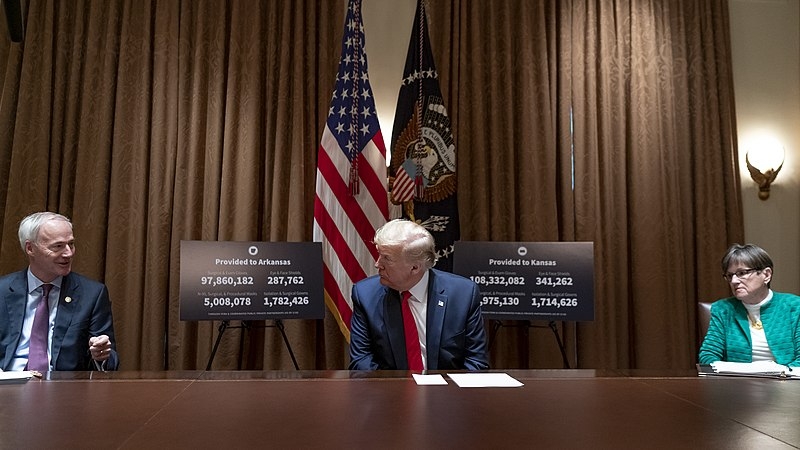 President Donald Trump previously pushed for the anti-malarial drug known as hydroxychloroquine as a treatment for coronavirus. Shortly after revealing that he is taking it, Trump recently revealed that he is done taking the drug.

NBC News reports that during an interview that was shown on Sinclair Broadcasting last week, Trump revealed that he is done taking hydroxychloroquine and that he has survived taking it. The president has constantly pushed for the drug to be taken by people who are currently infected by the coronavirus as well as a preventative measure for those who do not have it. It should be noted that there has yet to be evidence that the drug could be able to cure coronavirus and health experts have warned against it due to the effects it has on the heart.

“Finished, just finished. And by the way, I’m still here,” said Trump during the interview and explained how many studies were conducted in Europe and China regarding the drug’s benefits and whether or not it could cure coronavirus. Once again, he skipped mentioning that the studies found there to be a higher risk of death and having no benefits on patients or those showing mild to moderate symptoms.

The president revealed he started taking hydroxychloroquine following the news that two staff members in the White House, including his personal valet, have tested positive for the coronavirus. Trump claimed that he took the drug upon consulting with the White House physician, as well as how thousands of healthcare workers on the frontlines were taking hydroxychloroquine as a preventative measure.

Meanwhile, Trump paid a visit to the military cemetery on Monday to pay his respects towards fallen army veterans and pay tribute to their families despite being in the midst of the pandemic. Along with First Lady Melania Trump, the president also visited the Fort McHenry National Monument and Historic Shrine in Baltimore, Maryland. There were a few hundred supporters present at the commemoration for Memorial Day despite the social distancing restrictions still in place.

As per tradition, Trump placed a wreath on the Tomb of the Unknown Soldier at Arlington National Cemetery.