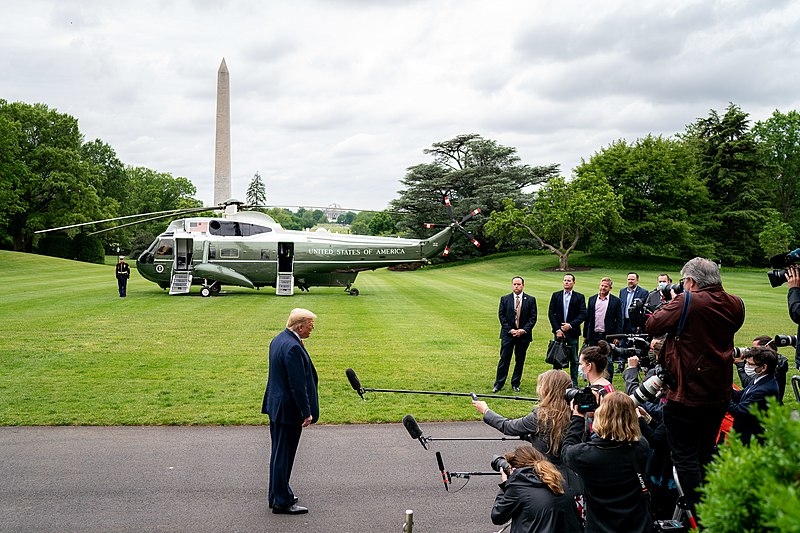 Despite the United States reaching 91,000 in deaths from the coronavirus, the government pushes through with its reopening, but with a very mixed response from Americans. President Donald Trump recently revealed that he was taking the anti-malarial drug hydroxychloroquine as preventative medicine.

BBC reports that Trump was holding a meeting with important people in the restaurant industry when he revealed he was taking the drug despite concerns from health officials especially as this drug has yet to be proven to be able to ward off the coronavirus. Trump revealed that he had been taking the drug for over a week and added that there were no adverse effects on him.

As to the question of there any positive effects from taking hydroxychloroquine, Trump simply replied that he received a lot of good feedback regarding the drug as preventative medicine for the coronavirus. Trump also revealed that he personally requested to take the drug and that it was not under prescription by the White House physician.

Although there are several White House personnel who tested positive, such as his personal valet and vice president Mike Pence’s press secretary, Trump reiterated that he did not show any symptoms and that he was frequently getting tested.

Even the Food and Drug Administration has issued warnings that there is no evidence as of late that the anti-malarial drug is proven to be effective, much less safe. There have been reports that this drug could cause heart rhythm problems in coronavirus patients.

The Trump administration has been criticized until now for its response towards the raging pandemic which still affects many countries today. Former President Barack Obama is among the administration’s critics and this was made even clearer during his commencement address to students studying in Historically Black Colleges & Universities.

Without mentioning Trump, Obama took a jab at the government for its failure to act quickly as the pandemic spread. The former president also doubled down on his criticism of Trump and his administration officials, again without mentioning names. “Doing what feels good, what’s convenient, what’s easy - that’s how little kids think. Unfortunately, a lot of so-called grown-ups including some with fancy titles and important jobs, still think that way - which is why things are so screwed up.”