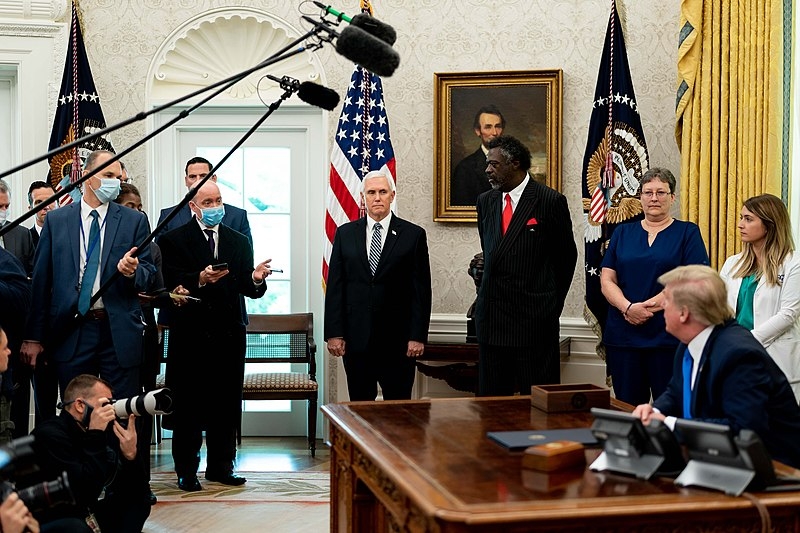 The United States is currently undergoing the process of reopening the economy, including businesses. President Donald Trump shared his thoughts on the ongoing clash between Elon Musk’s Tesla company and the state authorities in California, saying that Musk’s company should be allowed to open.

Business Insider reports that Trump took to social media to voice out his support for Musk’s move to reopen the Tesla car factory.

“California should let Tesla & @elonmusk open the plant, NOW. It can be done Fast & Safely!” tweeted Trump, to which Musk replied, thanking him.

Musk’s company resumed operations at its Fremont Factory, contrary to the Alameda County rules that stated they could not open just yet. Musk took to Twitter to announce is reopening, including acknowledging the risks to suddenly reopening just as the state has yet to lift the restrictions. The nationwide lockdown from the coronavirus pandemic was lifted by the end of April as the Trump administration was keen on reopening the country’s economy again despite the constantly increasing number of cases and deaths.

As a response to Musk’s move of restarting operations, the county officials stated that Tesla was allowed to resume the minimum basic operations. They also hoped that the company would comply without the need for further enforcement. As of now, only essential businesses are still allowed to be fully operational in California, state governor Gavin Newsom allowed several retail and manufacturing businesses open the previous week. Newsom said that Tesla would be allowed to resume operations as early as next week.

However, Newsom also noted that the local governments had the authority to impose stricter rules if necessary. This resulted in Tesla suing the county officials for imposing stricter rules.

Meanwhile, Trump will be paying a visit to a medical supply company in Allentown, Pennsylvania this week. The president tweeted about his visit, saying that he loves the state and that he is looking forward to being there. This is part of Trump’s effort to show Americans that the economy can be reopened safely and the people can be able to return to their normal lives post-lockdown despite warnings from health experts and lawmakers that reopening too soon would trigger a second wave of the pandemic in the country.