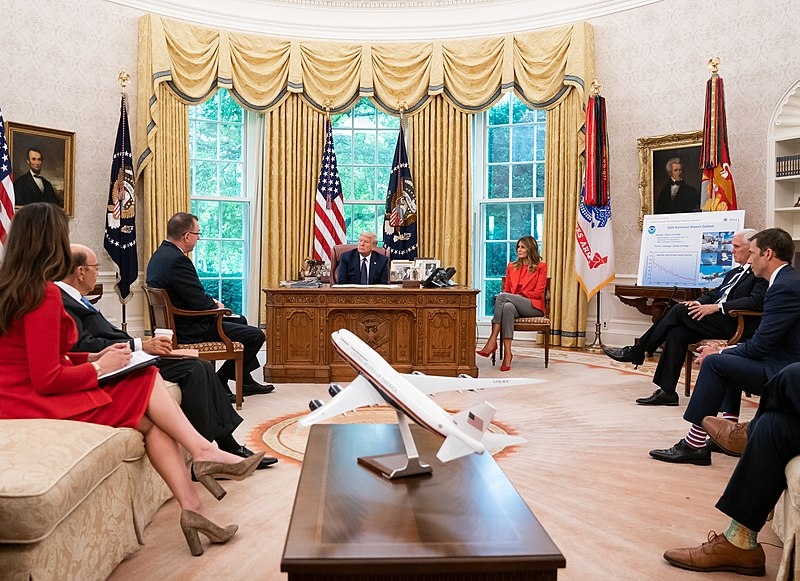 Despite the continuous number of cases and deaths from the coronavirus pandemic in the United States, President Donald Trump is still keen on pushing for things to go back to normal. Trump announced that he has postponed the upcoming in-person G7 meeting until September.

CNN reports that Trump made the announcement of the status of the upcoming meeting between the G7 leaders. Speaking to the press aboard Air Force One, Trump said that he will be postponing the summit until at least September. The President added that he plans to add four more countries to participate in the Summit: South Korea, Russia, Australia, and India.

The G7 is made up of leaders from the United States, the United Kingdom, Canada, France, Japan, Germany, and Italy. “I’m postponing it because I don’t feel as a G7 it probably represents what’s going on in the world. It’s a very outdated group of countries,” said Trump.

The fellow G7 leaders have expressed their concerns in holding the in-person meeting especially as there is still a travel ban in place from Europe to the United States. German Chancellor Angela Merkel said in a statement that she is unable to confirm her attendance in the summit. Canada’s Prime Minister Justin Trudeau also said that he could not commit to attending as well due to the quarantine rules enforced in Canada and concerns over the spread of the virus.

France President Emmanuel Macron spoke to Trump as well about the summit. However, it is unknown whether or not Macron will be attending. Nevertheless, Trump has postponed the summit to a later date, ideally in September.

Trump aides revealed that Trump was also looking to bring in other countries to act as somewhat of a “counterweight” to China. This comes as the relations between China and the United States have further frayed due to the pandemic and due to the relations with Hong Kong.

Another factor in the postponement was that according to Macron, every leader from the G7 must be present in order to have the in-person meeting. The announcement alone of Trump’s wish to hold an in-person G7 meeting was met with skepticism from the outside as the governments of the countries involved wanted to know what safety measures would be implemented should it push through.