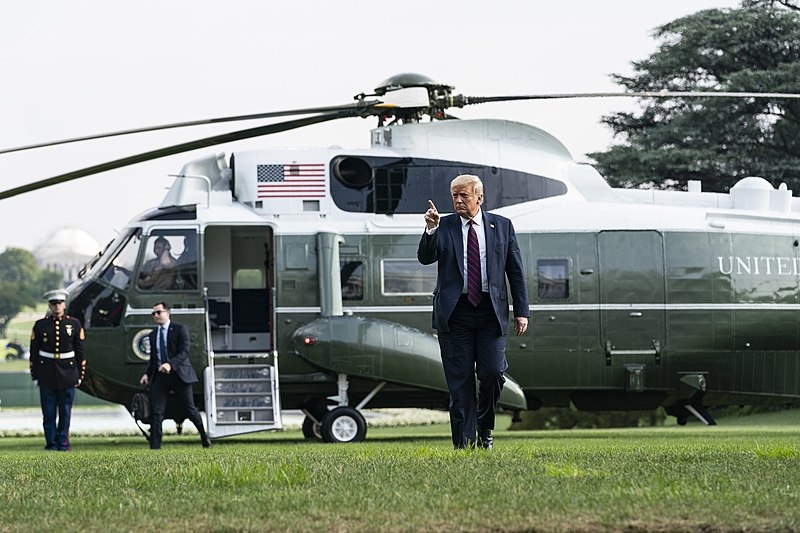 One of the most controversial revelations was that Russia placed bounties on American soldiers that were stationed in Afghanistan, with Donald Trump’s lack of a response and constant pushbacks earning criticism. Recently, Trump did not seem to have a response to those alleged bounties once again.

Speaking to the press in North Carolina, Trump was pressed if he followed up on the Russian bounties when he spoke to Russian President Vladimir Putin on the phone last week. Trump appeared to dodge the question and did not say if he touched on the topic during the phonecall at some point and instead offered a vague response.

“We don’t talk about what we discussed, but we had plenty of discussion,” said Trump. The president’s answer comes in contrast to his previous phone calls with other leaders when he would often reveal some details about their conversations.

White House spokesman Judd Deere released a statement regarding the details of the call last week. According to the statement, Putin and Trump talked about how their respective economies are reopening in the midst of combating the pandemic.

The conflicting reports and responses from the White House have drawn more controversy and criticism, especially at a time when Trump is facing reelection in November. Trump has since yet to address the reports and has never mentioned about the bounties in his previous phone conversations with Putin. Many military officials, as well as veterans, have since criticized Trump for his lack of response and in turn, his constant praise for the Russian leader. Republicans in Congress that were briefed on the matter have also attempted to press Trump for answers regarding the bounties as did GOP Senators.

“I want to understand how it’s conceivably possible that the president didn’t know. How does that possibly happen? Number two, what is their plan to make sure that our enemies know that if you target American servicemen and women, the consequences are going to be draconian? And right now, I want to hear their plan for Taliban and GRU agents in body bags,” said Republican Senator Ben Sasse.