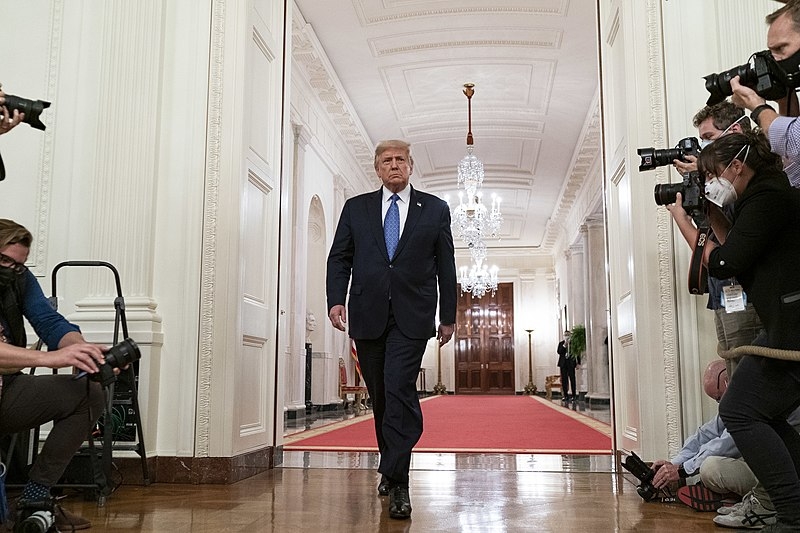 A few weeks back, Donald Trump’s niece Mary Trump released her scathing tell-all book about her family, Too Much and Never Enough, especially about her relationship with the president. In a recent interview, she revealed why she thinks her uncle has gotten this far in life and even in the Oval Office.

Mary Trump promoted her book during her appearance on The Late Show with Stephen Colbert, where she continued to reveal more of the psychology behind her uncle. Colbert asked her if Trump displayed any sociopathic traits, to which she responded that he does demonstrate sociopathic tendencies, citing his disinterest in empathy as a factor.

“We’re talking about a man who I believe could not function in the real world on his own. A crucial reason he’s gotten this far as he has is he’s continually protected by what I consider institutions. He’s had all of his needs taken care of. He’s never been held accountable. He’s been protected from his failures and he’s been allowed to fail upward spectacularly,” said Mary, who is the daughter of Fred Trump Jr., Donald Trump’s older brother.

Over time, Mary has since been very critical of her uncle, and during an interview with The Guardian, she recalls the family dinners, where the seating was arranged to an order of importance and how racist and anti-semitic language was commonplace within the household. Mary also revealed that to understand Donald would call for understanding how dysfunctional his family is.

As to whether or not she would refer to her uncle as a fascist or white supremacist, Mary replied that Trump is more on the latter, rather than as someone having a political ideology. She explained that Trump’s actions often endanger people of color in the United States because of this kind of behavior, to which she attributes to her grandfather, Fred Trump Sr. who was strict and did not approve of her father, thus making Donald the heir apparent.

Mary also weighed in on the 2016 elections, where Trump won the electoral college. She revealed that his victory came as a shock to her and that despite personally knowing how her uncle was not fit for office, she was even more shocked to know that the entire Republican party, especially the ones who hold office, allowed him to stay in power.