Donald Trump shock: POTUS claims to see proof that coronavirus came from a lab in Wuhan 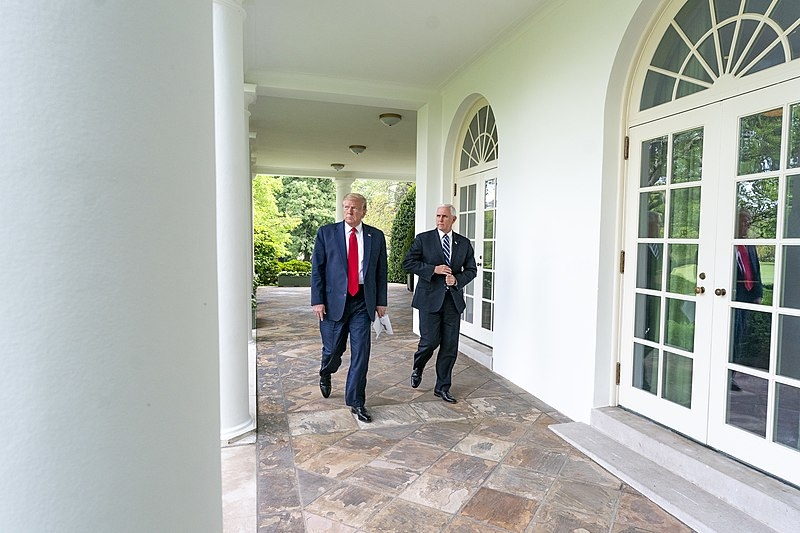 The Trump administration is mainly criticized for its slow response to the coronavirus, with Donald Trump pinning the blame on China for mishandling the pandemic. In the latest White House press conference, Trump claims that he has seen proof that the coronavirus originated in a lab in Wuhan.

CNN reports that during the White House press conference, the press asked Trump on whether or not he has seen any evidence that would back up his claim that the coronavirus started in the Wuhan Institute of Virology, and the president said yes he did. When asked why he was confident that the pandemic came as a result of a lab accident, Trump appeared to step back and say that he could not say why nor was he allowed to disclose the reason why.

This is a stark contradiction to the statement made by the Office of the Director of National Intelligence that was released hours prior to the press conference. The statement revealed that there has been no assessment made that the coronavirus originated in a lab in Wuhan. The statement also said that an investigation is still being done to trace the origin of the virus whether it came from direct contact with infected animals or a lab accident. Nevertheless, they believe that the coronavirus was not man-made. The Trump administration has since pressured the intelligence officials to determine the exact origin.

Following the remarks, Trump returned to criticizing the World Health Organization for being very pro-China. Trump said that the WHO was acting like the public relations agency for China. “...and this country pays them $500 million a year, and China pays them $38 million a year,”

“Whether it’s a lot or more, it doesn’t matter, but still, they shouldn’t be making excuses when people make horrible mistakes, especially mistakes that are causing hundreds of thousands of people all over the world to die. I think the World Health Organization should be ashamed of themselves,” said Trump.

The United States remains to be the worst-hit country of the pandemic. Over one million Americans are infected with the virus, with the death toll reaching 63,000. The country is also expected to start the process of reopening as Trump previously announced that he will not be extending the lockdown period after the end of April.