Donald Trump revelation: POTUS claims he went to the bunker for 'an inspection' 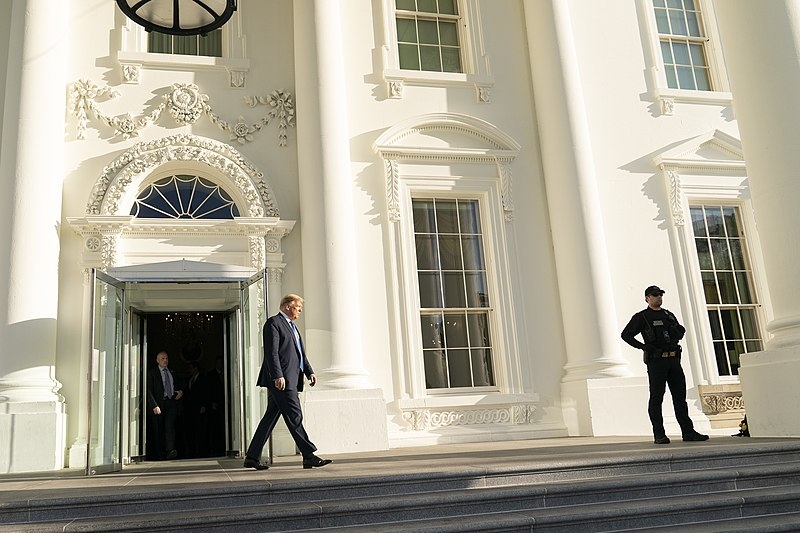 As the protests over the past several days began to escalate into all-out riots and heated altercations between the protesters and law enforcement, it was reported that President Donald Trump was moved to the White House bunker. Following the reports and backlash for heading into the bunker, Trump claimed that he was not in the bunker as long as many think he was.

CNN reports that in a radio interview with Fox News Brian Kilmeade, Trump claimed that he went into the bunker for a short amount of time, describing it as “more of an inspection” rather than staying in there for his protection. “They said it would be a good time to go down and take a look because maybe sometime you’re going to need it,” said Trump, who was reportedly displeased by the reports of him being taken to the bunker. “I was there for a tiny, short little period of time...It was more of an inspection.”

However, many who are knowledgeable in the matter recalled a different scenario. As the protests became more intense, Trump was taken to the bunker where he stayed for almost an hour. First Lady Melania Trump and their son Barron Trump were also taken to the bunker.

When the initial reports came out about him being taken to the White House bunker also known as the Emergency Operations Center, Trump was reportedly not happy about it, saying that he looked weak. It was then that he insisted to be photographed outside the White House, which led to the controversial photo op that was taken outside a damaged church. Trump received more backlash as the Secret Service cleared the way by using flash grenades and tear gas on peaceful protesters. Even more, criticism came as church officials, especially the ones in the church Trump stood in front of, were unaware of this photo op and expressed disappointment.

But the backlash did not stop there. The American Civil Liberties Union said that Trump might have broken international law with the way the protesters were cleared. The union tweeted that the use of chemical weapons against peaceful protesters would raise human rights concerns under international law. The ACLU then called for lawmakers both in the House and Senate to investigate the necessity to use such weapons against peaceful protesters.