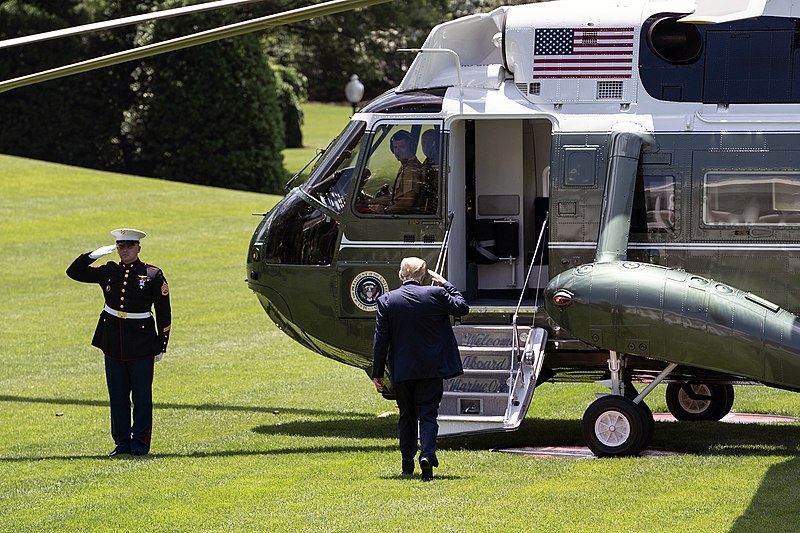 President Donald Trump is up for reelection in November and has been criticized for his attempts to respond to the growing protests and riots. But despite being urged to either change his approach in responding to the protests, it appears that Trump continues to attack people on social media, this time criticizing former vice president Joe Biden and his campaign for helping bail out arrested protesters.

The Daily Mail reports that Trump attacked Biden on Twitter, blasting his campaign of being far-left extremists, and continuing to use the nickname Sleepy Joe on the former vice president. Trump claimed that Biden’s aides will be controlling him should he be elected in November.

“Sleepy Joe Biden’s people are so Radical Left that they are working to get the Anarchists out of jail, and probably more. Joe doesn’t know anything about it, he is clueless, but they will be the real power, not Joe. They will be calling the shots! Big tax increases for all, Plus!,” tweeted Trump. The President then tweeted the date of the election, November 3rd, to get people to vote.

Trump has pushed the narrative that having Biden as a president would only worsen the rioting and violence that is currently happening under his administration in the United States. Trump’s twitter attack also follows the news of 13 of Biden’s campaign organizers were contributing to the Freedom Fund, helping bail out detained protesters.

Biden, on the other hand, has called to end all the riots that have escalated from the protests against police brutality, racial injustice, and the murder of George Floyd by a police officer in Minnesota. Biden has also spoken to several black leaders in his home state of Delaware to listen to their concerns in person.

Over the weekend, the former vice president and his family held a private memorial service for his late son, Beau Biden to mark the fifth anniversary of his passing. Beau Biden died from brain cancer at the age of 46. The former vice president revealed that their friend who is an army chaplain served as the celebrant of the mass with the family. Biden has often referenced the death of his eldest son, who is both an army veteran and attorney general of Delaware, to empathize with the families who have lost loved ones to the coronavirus pandemic.