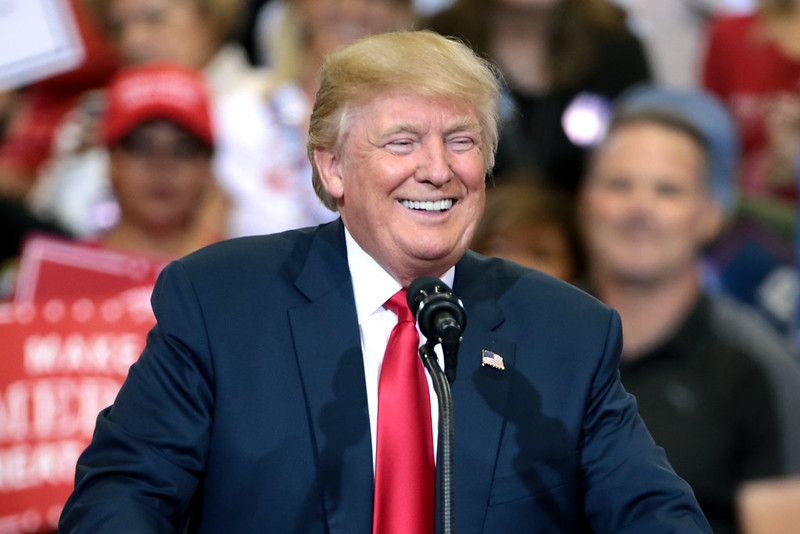 President Donald Trump threatened on Monday that he will use military force if states can’t stop violent protests on their own. The President’s threat came as demonstrations across the country to protest the death of George Floyd would sometimes turn violent.

“If a city or state refuses to take the actions necessary to defend the life and property of their residents, then I will deploy the United States military and quickly solve the problem for them,” Donald Trump said on Monday at the White House Rose Garden, according to CNN.

Some protesters can be seen pouring water into their eyes to lessen the tear gas’ effects. According to The Guardian, a woman was seen being carried away by other protesters because of the injury she received during the confrontation.

According to the publication, the peaceful protesters were forcefully dispersed just so Donald Trump could cross the street. “The unprovoked action cleared the way for Trump to cross the street and visit St John’s church, which since 1816 has been the ‘Church of the Presidents,’ and where a fire burned in the basement amid unrest on Sunday night,” The Guardian wrote.

He was joined by attorney general William Barr, White House press secretary Kayleigh MacEnany and other officials. Trump later posed for the cameras while holding a Bible.

“I am your president of law and order,” Donald Trump said. “I am mobilizing all available federal resources, civilian and military, to stop the rioting and looting, to end the destruction and arson and to protect the rights of law-abiding Americans, including your second amendment rights.”

He also vowed to go against “professional anarchists, looters, criminals, antifa, and others” and defend the country against them. “My first and highest duty as president is to defend our great country and the American people,” Trump said. “I swore an oath to uphold the laws of our nation and that is exactly what I will do.”

Many were shocked by the President’s actions as some described it as a staged photo op. “Donald Trump just tear-gassed peaceful protesters for a photo op,” California senator Kamala Harris tweeted.