Donald Trump shock: Brother of George Floyd says POTUS was dismissive of him during phone call 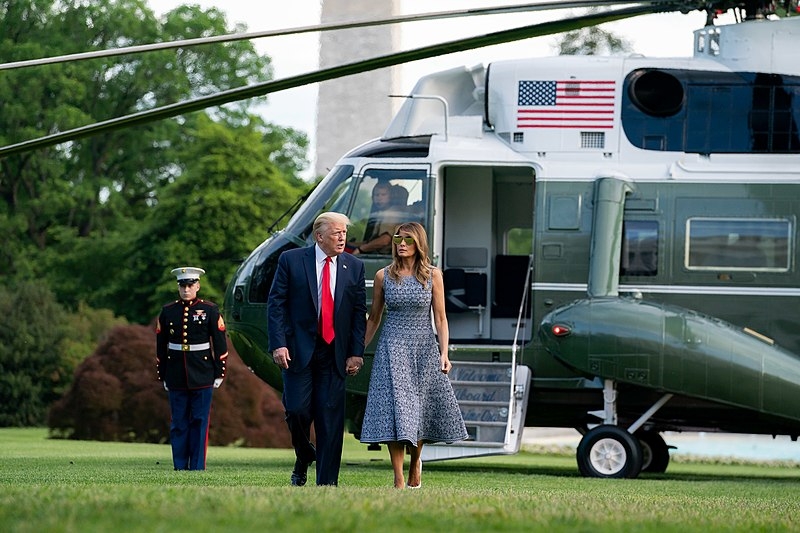 Previously, a 46-year old African-American man named George Floyd was killed by police officers while getting arrested in Minneapolis, Minnesota. During a phone conversation with President Donald Trump regarding the matter, George Floyd’s brother Philonise Floyd said that Trump was dismissive of him during his phone call with the family.

The Guardian reports that Philonise Floyd recalled the phone call he had with Trump, revealing that it did not go well. Floyd revealed that Trump was apparently dismissive of him and did not let him speak or share how he felt about the murder of his brother. Trump also appeared to be uninterested in what Floyd had to say. “He didn’t even give me an opportunity to speak. It was hard. I was trying to talk to him, but he just kept, like pushing me off,” said Floyd.

Floyd continued to say that all he wanted was justice for his brother and that he could not believe that the police officers involved committed a “modern-day lynching” during the day.

Trump, on the other hand, did share that he spoke on the phone with Floyd’s family. The President shared that he supposedly offered his sympathies and that it seemed that George Floyd’s death was inexcusable. In the midst of the unrest that is currently going on in the country, Trump and his administration have often been criticized for their recent takes on the number of protests happening. Critics have reasoned that Trump’s threats on Twitter only added to the tension.

Trump’s recent messages on social media have attracted criticism from both Democrats and Republicans especially in the midst of the protests over the weekend. Speaking to CNN’s State of the Union, Atlanta Mayor Keisha Lance Bottoms said that Trump would be better off silent as whenever he speaks, the situation worsens. Bottoms added that if Trump could not be silent, he is also better off talking from a teleprompter with the hope that he says the right things.

Speaking on Fox News Sunday, Republican Senator Tim Scott also weighed in on the issues and said that Trump’s tweets are not constructive. Scott, the sole black Republican, revealed that he spoke to Trump over the weekend about his approach to the protests and the death of George Floyd.