Donald Trump warned: Michigan Attorney General tells POTUS not to revisit the state if he refuses to wear a face mask 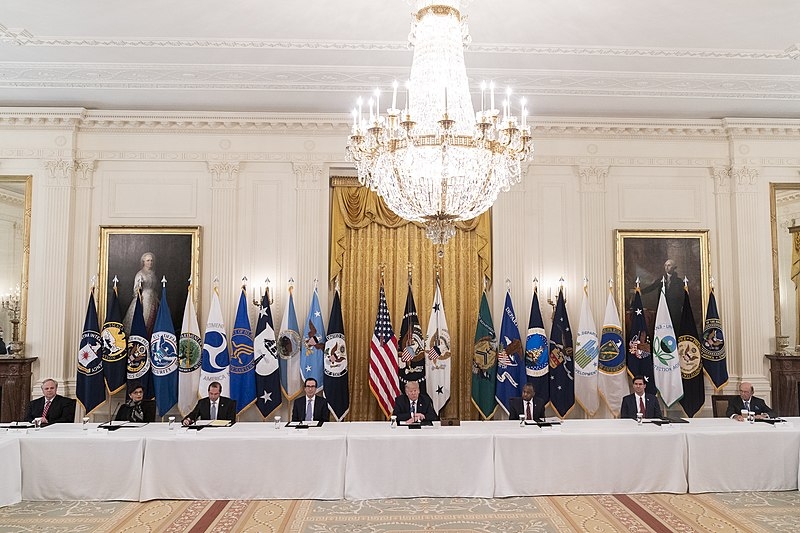 In light of the pandemic that continues to claim more and more lives in the United States, many Americans remain keen on continuing the practice of social distancing including the use of face masks. Michigan’s attorney general called out the president, telling him not to come back to the state should he refuse to wear a face mask in his upcoming visit.

The Daily Mail reports that Dana Nessel, the attorney general of the state of Michigan, said that Trump will not be allowed to come back to the state should he refuse to wear a face mask once again. Trump is to visit the Ford Motor plant outside Detroit on Thursday, where ventilators and personal protective equipment are being produced. “Honestly, if he fails to wear a mask, he’s going to be asked not to return to any enclosed facility inside our state,” said Nessel in her interview with CNN.

Nessel also revealed that she could take legal action against Ford Motors, who later stated that the White House has its own prerogatives in regard to wearing a mask. It should be noted that Ford Motors has a policy that everyone that will be visiting the plant should wear a face mask.

Michigan Governor Gretchen Whitmer signed an executive order requiring the residents of the state to wear face masks or protective face coverings when in public spaces where social distancing practices cannot be exercised. While no fines will be given to violators of the order, establishments have the right to refuse service to those who do not wear face masks.

Trump was previously seen without a face mask during his previous visits to factories in Arizona and Pennsylvania but he claimed to be wearing one backstage while at the Honeywell factory in Phoenix.

Nessel had already penned an open letter to the White House urging for Trump as well as the aides who would be coming with him, to wear a face-covering when visiting the state. The attorney general even referenced to the cases of coronavirus in the White House, such as Trump’s own personal valet testing positive. Nessel added that it is his “legal responsibility” to prevent the further spread of the virus.