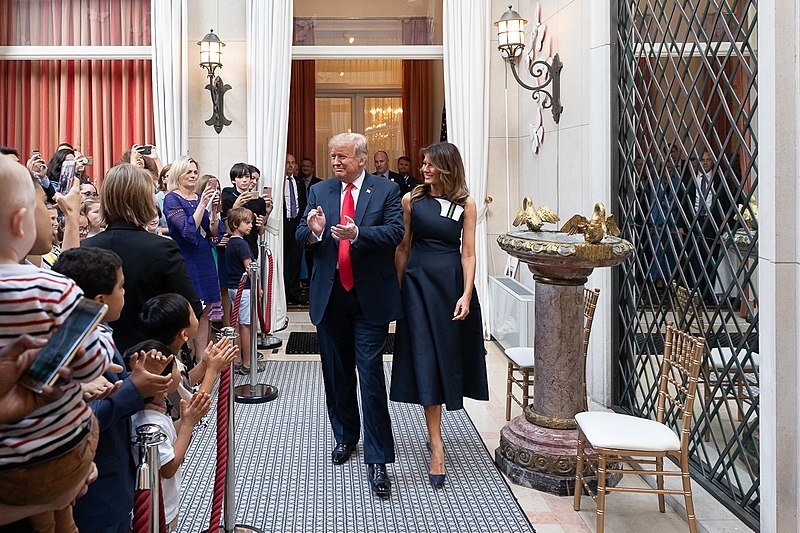 President Donald Trump and First Lady Melania Trump attended the recent Daytona 500 festivities that were scheduled to begin over the weekend. But it appeared that the couple did not stay very long either as they already left the venue before the events began.

Politicalflare reports that Donald and Melania arrived at the NASCAR Daytona 500 Race. They were welcomed by a standing ovation alongside many Trump supporters. They also met with the drivers participating in the race privately for an introduction. The President is to be the event’s grand marshal, being the one to signal all the racers to start their engines. He will also be going around the track for one lap. However, it seemed that just before the race was about to begin, reporter Jon Alba revealed that the President and First Lady had already left the venue, noticing Air Force One rolling towards the runway of Daytona International Airport several yards away from the track.

It may be a habit among very busy figures like Donald Trump to stay at events for only a few minutes, however, this one appears to be especially notable given that Trump has constantly tried to appeal to NASCAR fans during his presidential campaign back in 2016. Trump has also previously promised to build a new NASCAR track during the campaign, but it did not push through.

Many people on social media had some thoughts on their sudden departure. One commenter also stated the irony that Trump, who has been vocal about his love for NASCAR, leaves before the race is to begin. Another commenter stated that Trump never really was interested in the sport and was only there to spread his propaganda.

But it was not the only thing many netizens on social media commented on regarding Trump as Brad Parscale, his campaign manager made a mishap on social media regarding the President’s appearance. Parscale tweeted a photo of Air Force One behind a large crowd of NASCAR fans. “Donald Trump won the Daytona 500 before the race even started,” wrote Parscale.

Many online commenters then pointed out that he used the wrong photo for what would have been a dramatic update. The photo Parscale used was in 2004, when President George Bush visited the event. Parscale deleted the tweet and replaced it with a new photo of Trump’s arrival with the same caption.