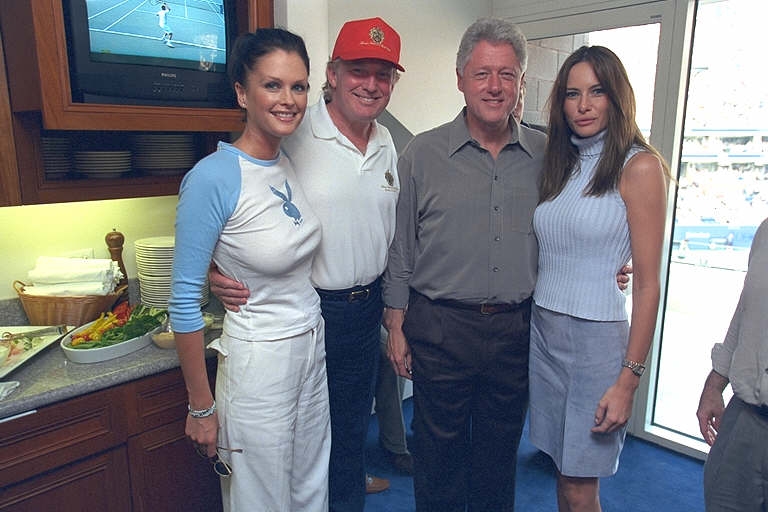 Donald Trump and Melania Trump have been married for 15 years, but some secrets about their relationship have only been unveiled recently.

In the book “Free, Melania,” author Kate Bennett revealed that the POTUS forced the FLOTUS to lie about her age when they first started dating. And the reason behind this wasn’t necessarily surprising.

Bennett claimed that Trump felt that dating a 30-year-old woman 15 years ago was quite “old” for his standards. So, he convinced everyone that the first lady was just 26 years old at that time.

GQ interviewed Melania in 2000, and they said that she was 26 at that time. However, the FLOTUS was actually four months shy of turning 30 years old.

In the year, the first lady appeared on a huge spread on Talk Magazine, where she is wearing a red two-piece swimsuit while posing on top of a fake Oval Office rug. The write up for the FLOTUS also stated that she was 26 in the photo.

“She’s a 26 model and lives in a one-bedroom apartment. For now, at any rate. Donald Trump’s girlfriend Melania Knauss is getting ready for the White House,” the article read.

Meanwhile, there are other revelations in Bennett’s book that caught the attention of Political Flare journalist Nicole James. In the book, the author claimed that Melania has an icy relationship with the second lady Karen Pence.

On a trip to Corpus Christi, Texas following Hurricane Harvey, Melania didn’t seem to invite Pence to her spacious and luxe cabin or Pence refused her invitation.

Photos of the two also showed that the FLOTUS seemingly disrespected Pence because she refused to take off her 4-inch heels and towered over her. Bennett said that Melania usually wears low-heel flats but that outing was an exception.

“Bennett wrote that the incident was not only uncharacteristic but struck her as ‘strange and telling’ about their relationship,” James said.