Donald Trump shock: POTUS, Joe Biden talk about the government response to coronavirus on the phone 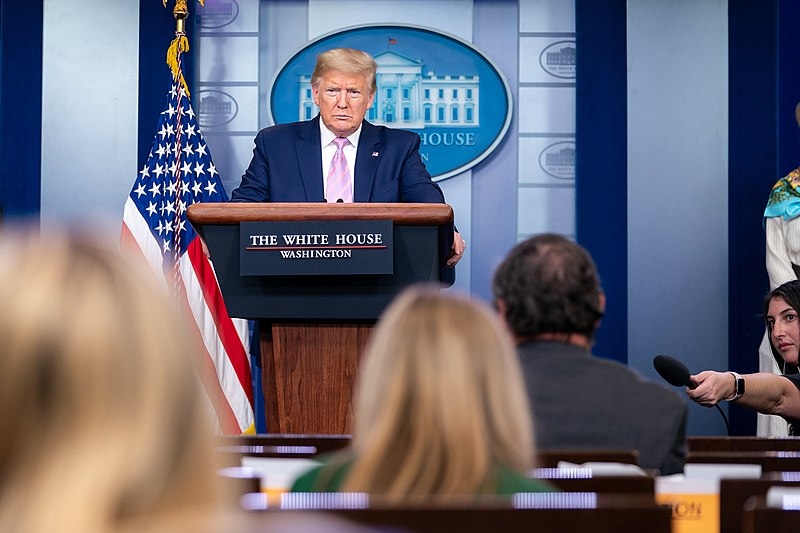 Despite the presidential race ongoing until the November elections, the coronavirus pandemic appeared to bring politicians to a united front in the efforts to bring relief to the American public. The pandemic has also recently brought President Donald Trump and presidential candidate Joe Biden to discuss the coronavirus response over the phone.

Politico reports that Trump and Biden spoke to each other on the phone. It was previously reported that Trump was open to speaking to the former vice president-turned-presidential candidate on the phone. The two talked about the government’s response to the pandemic that has claimed thousands of lives and affected hundreds of thousands more in the country.

According to the Biden Deputy Campaign Manager and Communications Director Kate Bedingfield, the two reportedly had a good conversation. “Vice President Biden shared several suggestions for actions the administration can take now to address the ongoing coronavirus pandemic and expressed his appreciation for the spirit of the American people in meeting the challenges facing the nation.”

Trump also confirmed in the White House briefing that they had a good conversation. “He gave me his point of view and I fully understand that and we just had a very friendly conversation. Lasted probably 15 minutes, and it was really good. It was really good, really nice, I think it was very much so. I appreciate his calling,” said Trump.

The phone call between Trump and Biden also ironically happened after the two were insulting each other on social media. Trump accused Biden of having a hidden agenda for suggesting that Democrats might need to hold their presidential convention online because of the pandemic. “Joe Biden wanted the date of the Democratic National Convention moved to a later time period. Now he wants a ‘virtual’ convention. Gee, I wonder why?” tweeted Trump.

Biden quickly responded, saying “Mr. President, I hope we can gather in Milwaukee, but that is going to depend on you stepping up and doing what needs to be done to handle this pandemic.”

Meanwhile, Wisconsin state Supreme Court officials overturned the plea to shut down in-person voting despite concerns of the coronavirus and ruled that the primary elections would continue as planned. The plea was submitted last minute by the state governor Tony Evers who announced the postponement of in-person voting but was challenged by the Republican-controlled Legislature, who immediately rejected the request.