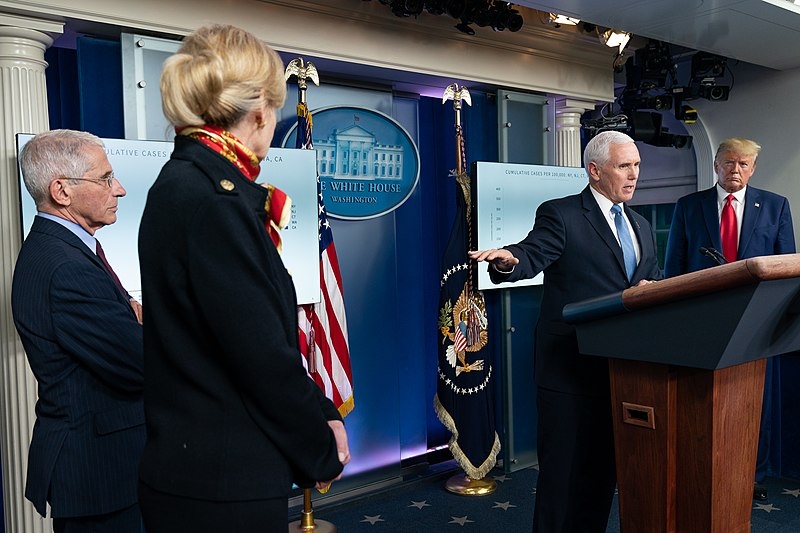 For the past several weeks, President Donald Trump has tried to push some optimism regarding the current status the United States is in when it comes to the coronavirus pandemic. Recently, he, along with Vice President Mike Pence, says that the outbreak in the country appears to be stabilizing.

Bloomberg reports that during the White House news conference, Pence said that there are “glimmers of progress” regarding the outbreak in the country. “The experts will tell me not to jump to any conclusions, and I’m not, but like your president, I’m an optimistic person and I’m hopeful,” said the vice president. This was due to reports of a day-to-day reduction in coronavirus fatalities, especially in New York, the state deemed as the “epicenter” with the most number of cases.

New York Governor Andrew Cuomo revealed in his latest briefing that the state suffered 594 deaths from COVID19 on Sunday, 36 less than the previous record from Saturday’s numbers. Cuomo then said that Sunday’s data may mean that the state is beginning to reach a “plateau” or it may be a “blip.”

Last week, Trump revealed that the situation in the country would worsen over the next two weeks. This was a change in his previous statements due to models shown to him by the health experts, noting the projected number of deaths.

In related news, Express reports that hospitals in the United States are facing a shortage of ventilators, and governors from various states have repeatedly asked the Trump administration to supply them with ventilators as they try and treat emergency cases of the coronavirus. Last week, the country received a shipment of supplies from Russian president Vladimir Putin, including ventilators.

According to photos of the boxes the ventilators came in, it was identified as Aventa-M, manufactured by a subsidiary company under the country’s defense and technology company Rostec. Rostec also happened to be under the US sanctions back in 2014, when Putin was revealed to be helping the pro-Moscow militia based in Ukraine.