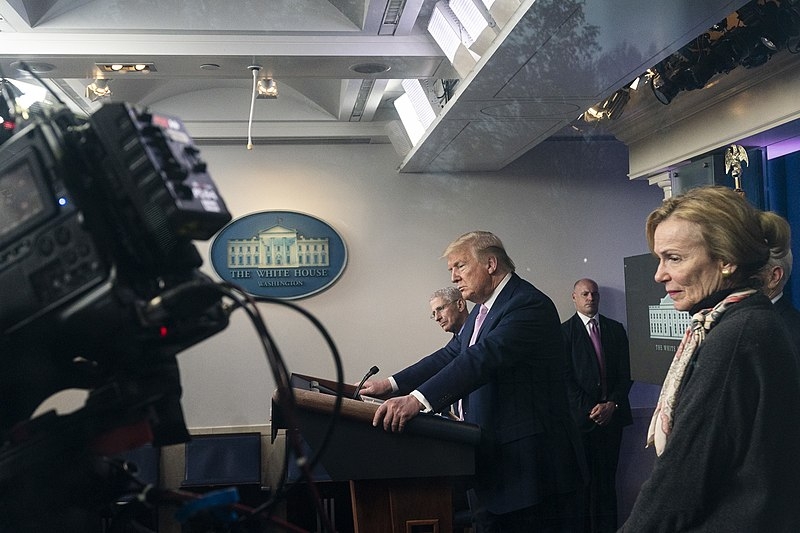 For the past several months since the coronavirus pandemic made its way onto American soil, the electoral proceedings have since been disrupted due to the skyrocketing numbers of cases and deaths. This time, there is a clash of opinions between President Donald Trump and the Democratic officials, most especially House Speaker Nancy Pelosi.

The Washington Times reports that in the midst of yet another response package for the coronavirus in development and the new set of primary elections this week, Trump and the Democrats are disputing over the safest methods for Americans to vote. This is now among the concerns of many politicians as the social distancing period was extended until the end of April, with a possibility for yet another extension, perhaps into the fall. Pelosi stated her request for more funds in order to give more voters a chance to resort to mail-in voting, which appears to be a safer option compared to in-person voting at this time when the coronavirus rages on.

Trump has since opposed the idea, saying it encourages voter fraud and would lead to more people voting that no Republican would be able to win.

However, lawmakers are still struggling on how to get Americans to vote now that the elections are getting closer. This comes at a time when it is uncertain when Americans who are forced to stay indoors can be able to resume normal activities. This is a problem the state of Wisconsin is now facing as it holds its primary elections this week. Democratic Governor Tony Evers has now ordered the state to stay indoors after initially agreeing with the Republicans to continue on with the in-person primary elections.

Meanwhile, the First Family is no exception to the social distancing period either as they are also going through self-quarantine or self-isolation. During the press conference over the weekend, reporters pressed Trump about one of his recent tweets about children having to miss out on sporting events this year, including his youngest son Barron Trump.

Trump revealed how Barron has been coping with this period, having also celebrated his birthday during the crisis back on March 20th. “He’s a good athlete, and he loves soccer, and he’s like everyone else. I mean, everything’s shut down. He’s in his room. He’s happy, but he’s not as happy as he could be. He’d like to be playing sports,” said the President.