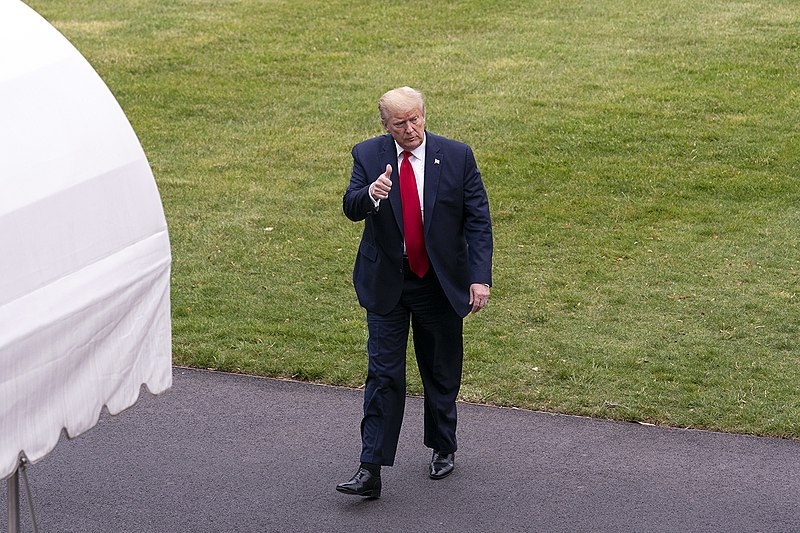 The 2016 elections came out as controversial due to the belief that Russia had interfered and secured Donald Trump to win the presidency. Former DOJ attorney general Jeff Sessions responds to Trump’s latest Twitter attack on him, which stems all the way back from the Russia probe.

Politico reports that Sessions responded to Trump’s attacks on him via Twitter, saying that his recusal from the Russia investigation was required, and added that Trump should be lucky that he did recuse himself from the investigation. “Look, I know your anger, but recusal was required by law. I did my duty & you’re damn fortunate I did. It protected the rule of law & resulted in your exoneration. Your personal feelings don’t dictate who Alabama picks as their senator, the people of Alabama do,” tweeted Sessions.

Trump attacked Sessions for recusing himself during the Mueller investigation. The President has held that grudge against the former attorney general since then, accusing Sessions of disloyalty to the administration and to Trump himself.

The Alabama Senatorial hopeful’s response also came in the midst of Trump telling residents in Alabama not to vote for Sessions and supported his opponent Tommy Tuberville, whom he endorsed. Over the weekend, Sessions criticized Tuberville for being a “coward who is too afraid to debate” as well as pushing for policies that are against Trump’s political agenda. The former attorney general also explained in a statement that he would be breaking the law if he did not recuse himself, thus the necessity of doing so even if it went against Trump’s personal wishes.

Nevertheless, Trump has urged Sessions to drop out of the Senate race, as revealed by their Twitter feud over the weekend. Following Sessions’ tweet saying that he is trusted by conservatives as well as residents of Alabama, Trump responded, saying that Sessions “had his chance” and tanking it, and said that the former attorney general had no courage and ruined the lives of many people.

In turn, Tuberville attacked Sessions as well on Twitter, saying that it was time to put an end to the former attorney general’s public service. Tuberville also called Sessions “desperate” regarding Session’s response towards his recusal.