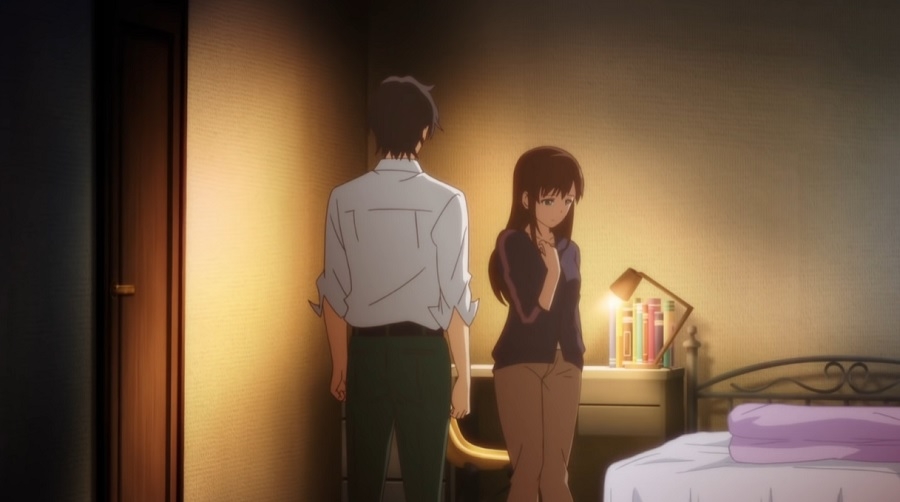 The first season of the romance series ended in such a major cliffhanger that it was not shocking for many fans to demand the release of “Domestic Girlfriend” season 2. Even though other fans would also like to see the anime continue, they have several reasons in mind that make them believe a second season is more unlikely.

The first season had a total of 12 episodes that is typical for most rookie anime series. But the composition of season 1 was enough to build the premise of the twisted and complicated love triangle among the main characters Natsuo, Hina, and Rui. They happen to be step-siblings as well. Many fans are thinking that “Domestic Girlfriend” season 2 is still possible simply because over 100 chapters of the original manga series are yet to be adapted into anime.

However, others think that the manga’s theme may also be making it difficult for producers to adapt the panels into animated scenes. The manga series contains more female nudity than what was shown in the anime series. Some fans think that if ever “Domestic Girlfriend” season 2 is going to be released, the producers do not have much liberty in adapting those scenes for the small screen.

Having a second season will undoubtedly be a delight to many, but online discussions show that several fans also think the production of “Domestic Girlfriend” season 2 is unlikely happening. For one, many believe that the first season was only released to make the manga even more popular. One fan also pointed out the fact that producers squeezed around 80 chapters into 12 episodes suggesting that they may not be planning to continue the TV series.

‘Domestic Girlfriend’ season 2 plot: Who will Natsuo end up dating?

With the fate of “Domestic Girlfriend” season 2 remains unknown, it helps fans to keep up with the story by reading through the manga. The upcoming chapter is actually exciting because it revolves around the return of Hina and her reunion with Natsuo. This also means that even if the anime series is renewed, the next episodes will be focused more on the interactions between Natsuo and Rui while Hina continues to avoid having contact with Natsuo.