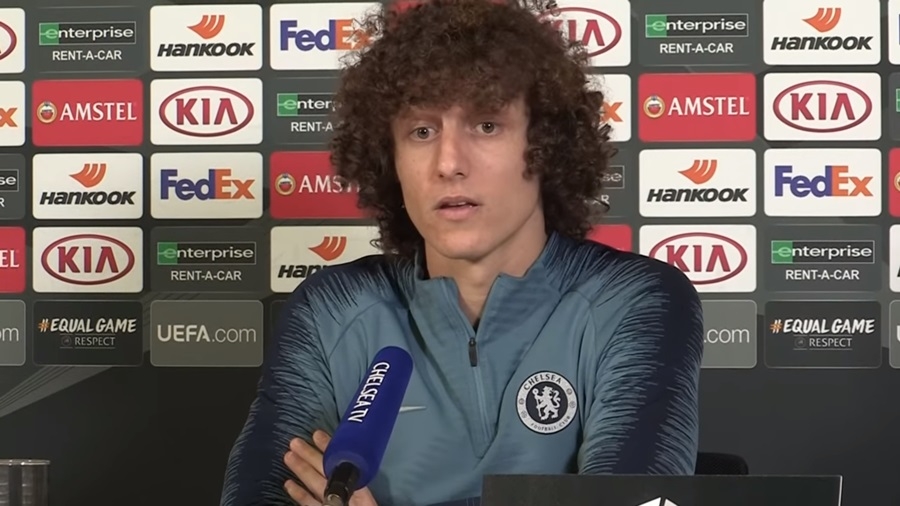 Photo via Screenshot of HaytersTV/Youtube

David Luiz started his stint with Arsenal by being benched. Fans were hoping to see the 32-year-old operate with his new team, but Unai Emery opted to sideline him when The Gunners faced off against New Castle.

The decision would’ve been questionable if not for Arsenal leaving victorious on a 1-0 win. Following the match, Emery explained that the reason he benched David Luiz was due to how he wanted to approach Chelsea.

The head coach said that while they wanted to be great on the defensive side, their main priority was their offense. But he also said that David Luiz is still an important addition to the team as a whole.

Meanwhile, fans of Chelsea are grumbling over the fact that one of their best defenders was traded over to Arsenal. To further fan the frustration, Chelsea lost to Manchester United on an embarrassing 4-0 defeat, a disparity that could’ve been lessened if David Luiz was still on the roster.

It’s for this reason – and several others – that Liverpool legend Robbie Fowler said that Arsenal came up big with the last-minute trade. Fowler said that although David Luiz isn’t considered a top defender by a lot of people, the fact that he came so cheap is what really made the buy worth it, Metro reported.

“But £8m for a Brazil international defender who’s won the Premier League, Champions League, two Europa Leagues and two French leagues along with a Confederations Cup? That’s a steal for that sort of experience,” Fowler said. Meanwhile, Chelsea staff are reportedly surprised that David Luiz was sent packing, with one of them crying over the decision.

The Blue’s medical director Paco Biosca was apparently in tears after learning that the 32-year-old has parted ways with the team. David Luiz said that he had a great relationship with Biosca throughout his stint with Chelsea, Mirror reported.

Questionable as the decision was, Chelsea head coach Frank Lampard said that it wasn’t rooted in any animosity whatsoever. But he did admit that there was “honest conversations” that occurred between them. As for David Luiz, it appears that he wanted to part ways with Chelsea when Lampard told him he’s not guaranteed to start this season. Unfortunately for Luiz, Emery opted to bench him during the team’s first match.