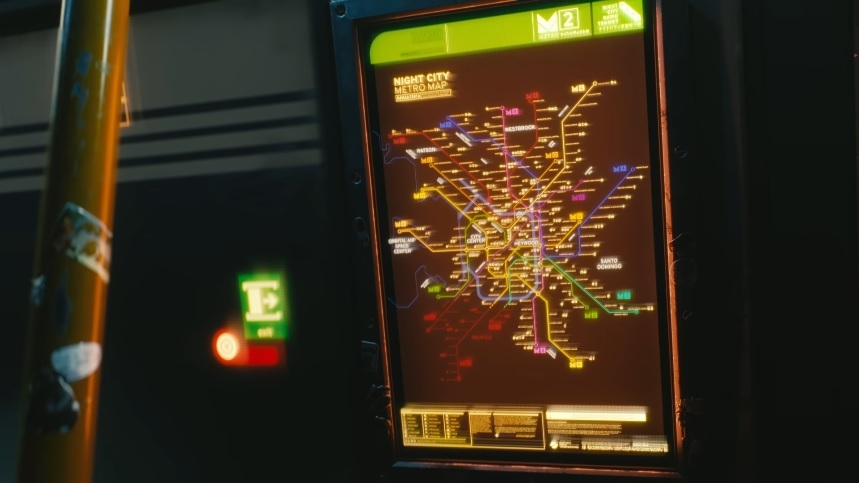 The start of a new decade is promising for video game fans as several highly anticipated titles such as “Cyberpunk 2077” are confirmed to launch next year. CD Projekt Red remains a little secretive about the gameplay details, but more clues have been spotted online, giving fans an idea of how the upcoming game compares to some aspects of “The Witcher 3.”

“Cyberpunk 2077” is an open-world role-playing game, so it is only natural for fans to be most curious about its map. While online reports suggest that it could be smaller in size than CDPR’s previous project, it does not necessarily mean there is less to explore.

‘Cyberpunk 2077’: More clues surface suggesting the game’s map is smaller than ‘The Witcher 3’

Talks about the game’s map were sparked by the promotional image of its 192-page art book fittingly titled “The World of Cyberpunk 2077.” The product’s Amazon listing includes a preview of the book showing that the cover art appears to be a map or at least a large portion of it.

Reports are quick to assess that the “Cyberpunk 2077” map size likely measures less than “The Witcher 3,” and they could be technically correct. The 2015 game is known for having a vast open-world that reportedly measures around 136 km2.

The theory of “Cyberpunk 2077” having a smaller map was confirmed by CDPR back in August. Producer Richard Borzymowski told Games Radar, “If you look at pure surface [in terms of] square kilometers, then ‘Cyberpunk 2077’ might even be a little bit smaller than ‘The Witcher 3,’ but it’s the density of the content.”

Borzymowski was possibly referring to the fact that “Cyberpunk 2077” and “The Witcher 3” is set in two completely different worlds and eras. The structures in their worlds are different. The latter’s map is undeniably vast, but it mostly consists of wilderness.

The upcoming game, on the other hand, is set far into the future where multi-story buildings and skyscrapers are the common structures. Each building level and each room possibly has unique content affecting the overall gameplay. It may not be fair to compare the games’ maps and only consider the measurements. “Cyberpunk 2077” will be released on April 16, 2020.