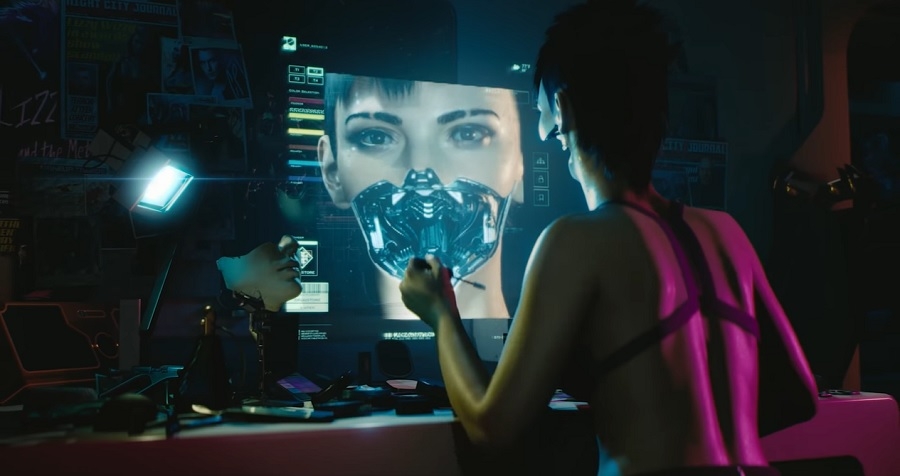 Since “Cyberpunk 2077” was announced in 2012, video game fans have known that it is going to be one of the biggest role-playing games in the market. But recent updates on its gameplay confirmed that the character customization options would go beyond just changing the appearance and choosing V’s gender.

The possibilities in character customization in “Cyberpunk 2077” goes beyond that commonly known gameplay features to the extent that cybernetic enhancements will be available. Additionally, body part replacements can drastically affect a player’s strategy because they come with special abilities.

The head of CD Projekt Red’s Krakow studio, John Mamais, confirmed to PowerUp! Gaming that players will have the option to change “every body part” as they go along the “Cyberpunk 2077” gameplay. Furthermore, body part customizations affect the player’s stats and will also grant them some unique abilities.

A special type of skin would make the player’s skin “tougher,” which possibly means it absorbs weapons and other forms of attacks better than the ordinary skin in the game. It appears that cybernetic enhancements in “Cyberpunk 2077” can also be applied to internal organs. Players can reportedly tweak their respiratory system to a certain type, so they will have the ability to breathe underwater.

However, just like most RPGs, everyone who will start playing “Cyberpunk 2077” will have base qualities and skillsets. This means that the cybernetic enhancements will require players to be more strategic when choosing their body part replacements.

The detailed mechanism in changing a character’s body part has yet to be revealed. But Mamais confirmed that the options to level up and acquire boosts in “Cyberpunk 2077” will largely depend on gaining experience points just like in most video games.

‘Cyberpunk 2077’ release date, cast: Keanu Reeves enjoys the game too much that he wanted to get more screentime

There is now so much hype around “Cyberpunk 2077,” and the previews that CD Projekt Red has so far lived up to the expectations. Fans of the “John Wick” franchise would also be delighted by a recent update.

Sources of gaming reporter Gian Luca Rocco have claimed that Keanu Reeves’s appearance in the game has been “doubled” because he enjoyed the game very much. “Cyberpunk 2077” will be released on April 16, 2020, on PC, PS4, and Xbox One.