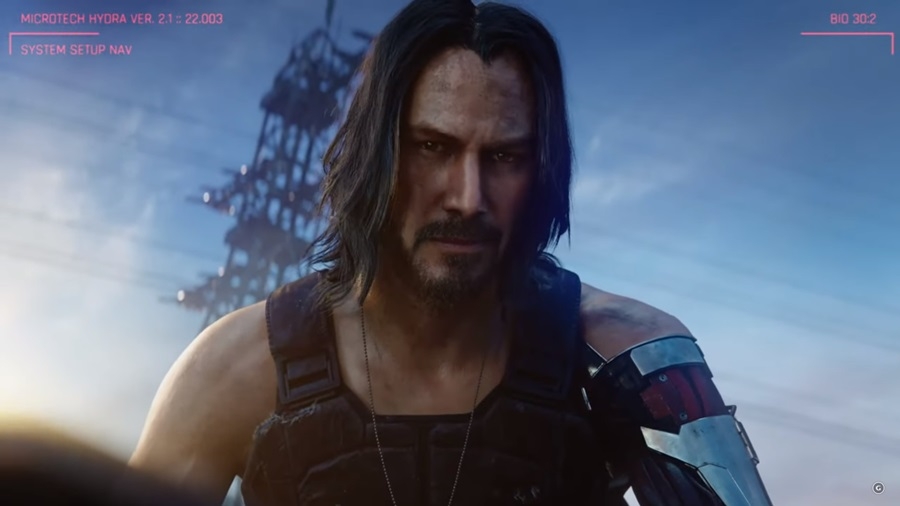 The hype surrounding “Cyberpunk 2077” has now exploded to new heights following a new trailer launched by CD Projekt Red during this year’s Xbox E3 conference. While the cinematic footage was all well and good, the big reveal at the end was what really got audiences roaring with excitement/

The surprise came in the form of “John Wick” actor Keanu Reeves. In “Cyberpunk 2077,” Reeves will be a non-playable character going by the name of Johnny Silverhand. Similar to Reeves, Silverhand is quite the influencer in the game’s world as he’s a Rockerboy, street poets whose artistic works often goes against the principles of those residing in the echelons of power, Polygon reported.

It appears that Silverhand will be one of the companions of V – the main protagonist of “Cyberpunk 2077.” The events leading to the meet up is a messy one after V got into heavy altercations with armed corporate thugs that resulted in the death of his partner, Jackie.

The contract giver, Dex, got pissed at how our hero handled the situation and subsequently disposed of him at a junkyard. It’s at this time that Silverhand appeared, booting up V’s system before telling him that they’re about to burn the city down. It still unclear how much involvement Reeves’ character will play in the story of “Cyberpunk 2077.” But simply knowing that he’s involved with the game at all is enough to convince some people to preorder the game.

Forums and discussion boards are absolutely buzzing following this massive reveal. And that’s just the trailer. CD Projekt Red promised they’re going to offer so much more information for “Cyberpunk 2077” in E3, which means fans should keep their ears on the ground as more details will be forthcoming soon.

Meanwhile, the developers have finally provided a launch date for the highly-anticipated title. “Cyberpunk 2077” will be hitting the market on April 16, 2020, confirming Jason Schreier’s predictions.