Crime and punishment: Rural people are more punitive than city-dwellers 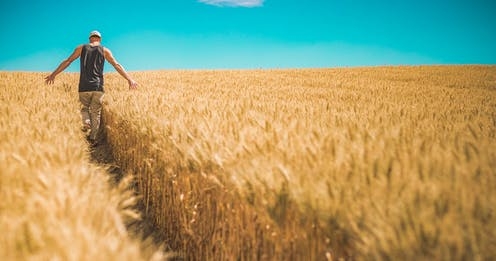 New research shows that Canadians who live in rural areas hold more punitive attitudes about crime and how to control it than their urban counterparts. (Pixabay) 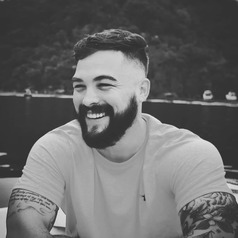 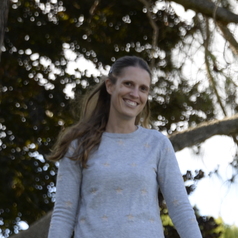 Public attitudes towards punishment have been a key area of research in criminology. Criminologists are interested in the attitudes of the general public towards the punishment of those who have committed crime.

This is especially important information because the public has a powerful political voice when it comes to the determining how we deal with and control crime.

Research in this area has tended towards broad national examinations of punitive attitudes and has even looked at differences based on gender, age, class and education.

However, very little research exists that explores the differences between urban and rural people when it comes to punitive attitudes. The limited evidence we do have suggests that those who live in rural areas are generally less tolerant of many crimes and more likely to strongly support punitive approaches to issues of law and order than people from urban areas.

But we have little understanding of why this is the case.

Considering that populations may be widely dispersed among urban areas and rural, remote and very remote areas, it’s reasonable to consider whether these geographic and cultural differences impact how people view the role of punishment in the criminal justice system.

A voter walks past a sign directing voters to a polling station for the Canadian federal election in Cremona, Alta., in October 2015. THE CANADIAN PRESS/Jeff McIntosh

To explore this, we examined data from the Canadian Elections Study from 2004, 2008, 2011 and 2015, and compared variations in answers from urban and rural respondents to a number of questions dealing with attitudes towards crime and punishment.

The first question asked respondents: “What is the BEST way to deal with young offenders who commit violent crime?” Those from rural communities favoured punishing violent young offenders significantly more than those from urban areas: 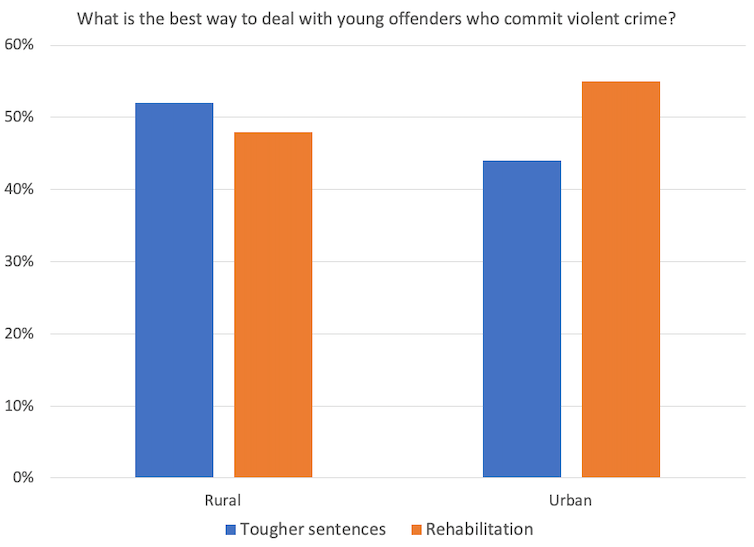 How to deal with young offenders. Author provided

The second question asked respondents to indicate their agreement or disagreement with the following statement: “We must crack down on crime, even if that means that criminals lose their rights.”

While both rural and urban respondents favoured limiting the rights of offenders in the name of being tougher on crime, support from rural communities was significantly greater than those from urban areas: 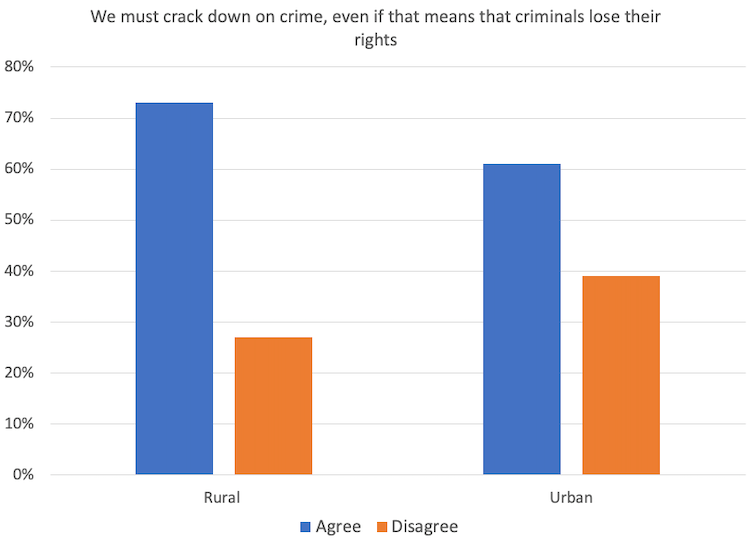 Crime crackdown: Is it worth losing rights? Author provided

The third question asked respondents: “Do you favour or oppose the death penalty for people convicted of murder?” On this query, rural support of the death penalty was significantly greater than it was in urban communities: 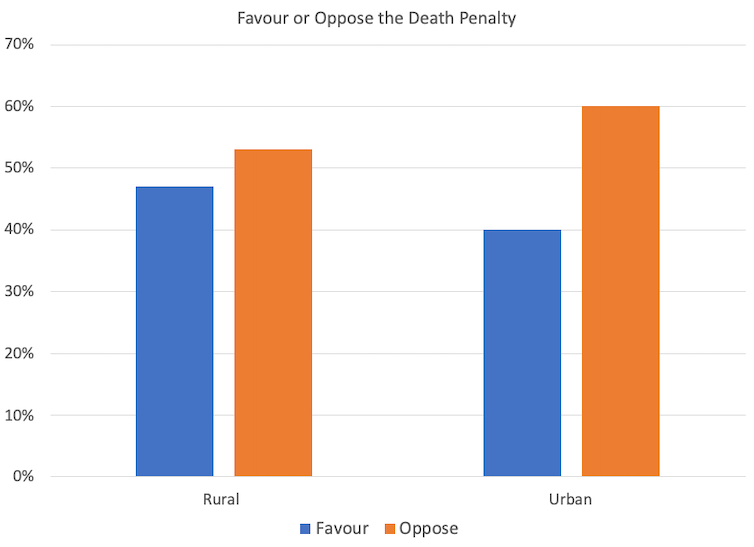 We then combined these questions and answers into an index in order to have a more comprehensive measurement of punitive attitudes. This index clearly showed that, when all measurements were taken together, rural communities were significantly aligned with the “more punitive” category and urban communities with the “less punitive.” 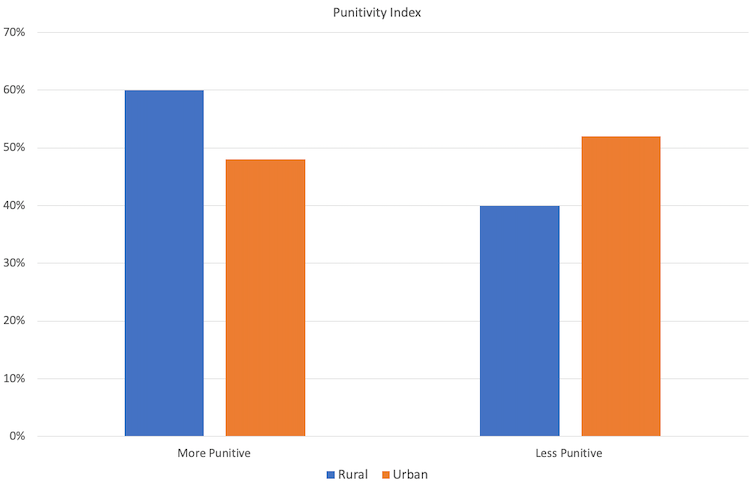 The next phase of this study, which is currently underway, will consider why those who live in rural areas are so much more punitive than city-dwellers.

Existing evidence at the national and international level provides a number of hints. For example, fear of crime, the perception that crime is rising and a lack of confidence in the criminal justice system have all been shown to increase punitive attitudes.

Additionally, when people trust each other more and there are stronger social bonds in communities, they tend to be less punitive.

With regard to values, the urban-rural divide is one of the greatest political fault lines in present-day politics.

In Canada, the growing population concentration in a small number of major urban centres and the consolidation of economic, political and social power in these communities has contributed to this disconnect in recent years.

Our study also highlights that attitudes towards crime and how to control it may be a central component of these political differences.

For example, we found that there is a significant trend towards a decrease in punitive attitudes in Canada as a whole. But those from urban areas are driving that reduction, and the gap between rural and urban communities on questions of crime appears be growing: 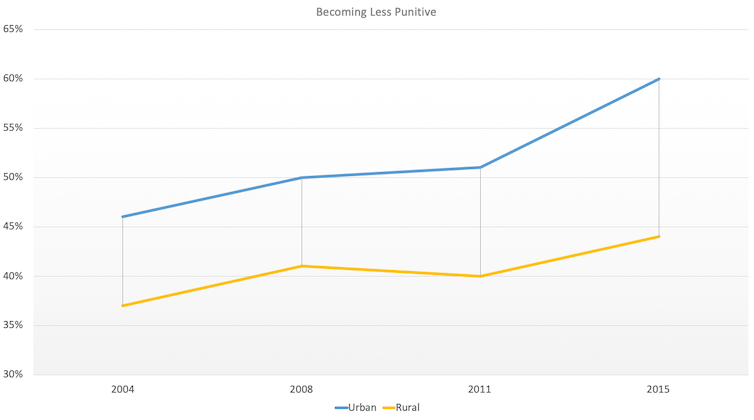 This suggests that we should consider how political values inform attitudes towards crime and punishment, and how these attitudes themselves contribute to growing political divisions between rural and urban communities.