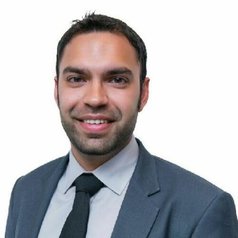 Last month marked the first time a lawsuit between a Canadian company and victims of foreign human rights violations ended with a confidential settlement and public apology.

British Columbia mining company Tahoe Resources Inc. admitted that it “infringed the human rights” of protesters in Guatemala when they were shot and injured by Tahoe’s private security officers outside one of the company’s mines.

Commentators and advocates have rightly welcomed the settlement. A professor at Osgoode Hall Law School called it “a major breakthrough in the struggle to hold Canadian companies responsible.”

But any celebration of the settlement as a harbinger to improved corporate accountability cannot ignore gaping holes that remain in Canadian law. Without legislation or court decisions upon which to ground international human rights cases, Canadian companies may still get away with crimes the next time a group of foreign plaintiffs approaches a court for monetary redress — even in the face of insurmountable evidence of abuse.

Trade, not human rights, is the priority

Statistics recently compiled by the Justice and Corporate Accountability Project reveal that the mining industry lobbied the federal government 530 times from January 2018 to April 2019.

That time period is important. It’s the 15 months between which the government promised an independent ombudsperson to investigate corporate human rights abuses abroad to when it unveiled the ombudsperson as being a government appointee without investigatory powers under the Public Inquiries Act.

Even then, the ombudsperson has the power to investigate putative victims when Canadian companies file complaints of unfounded human rights allegations — an odd inclusion since there’s nothing to suggest that foreign claimants are making up accounts of being injured, detained or oppressed.

Tacit governmental support for Canadian corporations over the rights of foreign victims should not come as a surprise. To date, Canada has failed to heed the admonishments of United Nations bodies that have concluded it has failed to implement effective legal mechanisms to redress international human rights violations by its corporations.

Private member’s bills that would give Canadian courts the power to hear human rights claims have sat idle under both Liberal and Conservative rule. And there is nothing in the pipeline to indicate that Canada will update its laws so that foreign claimants can access the courts to seek compensation for abuse.

Previous cases and those pending have struggled to get past the initial phases of litigation. For instance, lawyers for victims of the Rana Plaza collapse in Bangladesh, where thousands of garment workers were injured or killed, continue to fight for the basic ability to have their case against Loblaws heard by a Canadian court.

In January 2019, the Supreme Court of Canada heard an appeal involving Eritrean victims of alleged abuses committed by another B.C. mining company. When released, the decision will only tackle whether a court can hear the case, not whether the company is liable for any of the alleged abuses.

Not a step forward

And that circles back to why the Tahoe Resources settlement may not necessarily be a step forward. To date, no court has rendered a decision holding a Canadian company legally liable for human rights violations abroad.

That means foreign victims and their lawyers are left to explore a legal vacuum when they approach a Canadian court for redress. Judges hearing arguments as to why Canadian companies should compensate foreign victims are reticent to create law out of thin air, especially when Parliament has, in essence, refused to pass proposed legislation.

The Tahoe Resources settlement is certainly a victory for those who were injured exercising their freedom of expression in opposition to the mine. But what happens the next time a Canadian company is not so quick to settle?

Corporations are aware there are gaps in the law. Therefore, next time, rather than settling, they may leave it to the courts to issue a public judgment according to laws that already favour them. And given the relative rarity of international human rights claims in Canadian courts, a single unfavourable decision for foreign victims could result in litigation chill — victims may be reluctant to proceed.

Without legislation, it will remain an uphill battle to address this dilemma for foreign victims. What may provide solace — despite the government’s feeble watchdog — is that judges, as reticent as they may be, are able to expand existing legal principles when the facts of a particular case allow.