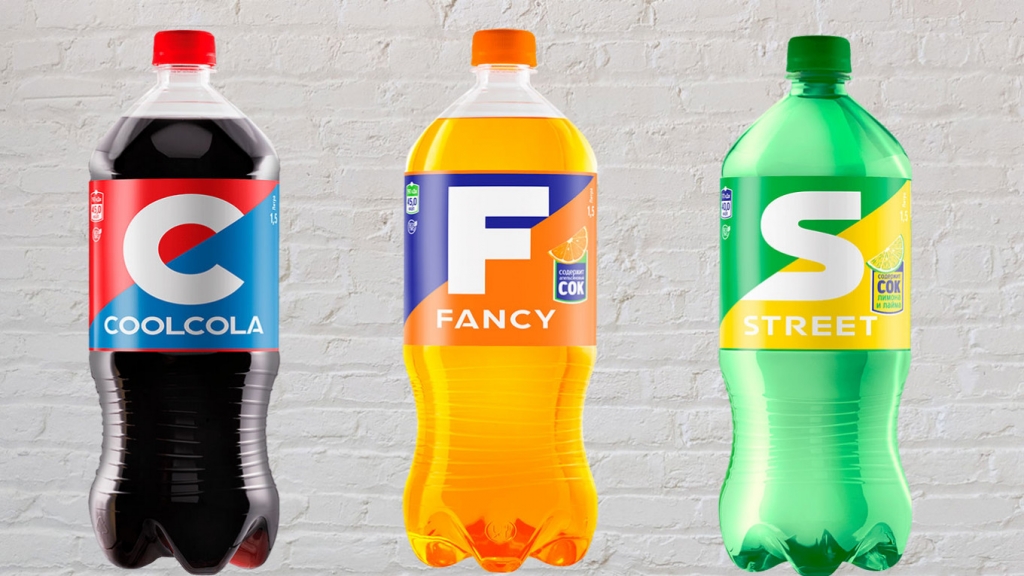 CoolCola has the "iconic cola flavor," according to Ochakovo. Meanwhile, the orange-flavored Fancy and lemon-lime Street bottles are designed to look like Fanta and Sprite bottles.

Russian beverage maker Ochakovo has unveiled a new range of soft drinks dubbed CoolCola, Fancy, and Street, to replace the iconic brands Coca-Cola, Fanta, and Sprite that have left the Russian market in the wake of its invasion of Ukraine.

Since the Coca-Cola Company halted operations in Russia in March, the three major soda brands have been mostly absent from Russian shelves. While Coca-Cola products are still available in stores, prices have increased by around 200 percent since the suspension.

CoolCola has the "iconic cola flavor," according to Ochakovo. Meanwhile, the orange-flavored Fancy and lemon-lime Street bottles are designed to look like Fanta and Sprite bottles.

Ochakovo, which was founded in the Soviet Union in 1978, specializes in traditional Russian beverages such as fermented grain-based kvass and the low-alcohol honey drink medovukha.

The corporation isn't the only one hoping to profit from Coca-Cola's withdrawal from the Russian market.

Grink Cola was released in April by the Slavda Group, a beverage company based in Russia's Far East, in an attempt to win over Russia's soda drinkers. Meanwhile, the Syktyvkarpivo factory in the northern Russian province of Komi introduced its soda brand, Komi Cola, in May.

However, patrons complained that neither drink was "sweet and effervescent," and both garnered mixed reviews.