Competitive elections are good for democracy – just not every democracy 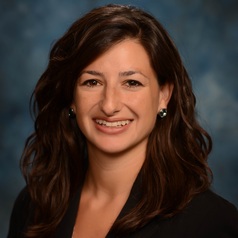 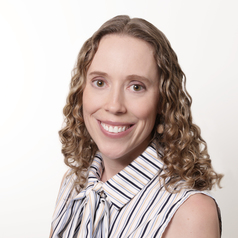 The 2018 U.S. midterm elections were fierce, expensive and full of upsets, with political newcomers ousting long-tenured incumbents and Democrats unseating Republicans to retake the House of Representatives.

That makes them an exemplary democratic exercise from a political science standpoint: American voters booted the congressional representatives who they believed did not fight for their interests.

That’s exactly what elections are meant to do: Hold politicians accountable.

But it doesn’t work that way everywhere. In younger democracies, our research shows, a superheated campaign with numerous candidates may actually impede democracy.

The downsides of a cutthroat campaign

Our study, published in the American Political Science Review, examined four decades of data from 164 countries to see how competitive elections effect policymaking and government services.

We found that free, fair and competitive elections are indeed good for mature democracies like the United States, Britain and Denmark. After highly contested races with uncertain outcomes, politicians are more responsive to voters. They spend more money on public services and work harder to fulfill campaign promises.

Our research in the U.S. similarly shows that metropolitan areas where numerous local governments are competing for residents and businesses – such as Houston, where The Woodlands, Sugar Land, Baytown and Conroe all form part of the greater Houston area – even have higher incomes and faster economic growth.

But in Mali, Guatemala, Pakistan and Belarus – among other young democracies with weak political parties and low transparency – governments actually become less effective when political competition is similarly cut throat.

Mali as a test case

To explain why, our study took a deep dive into Mali.

Mali is a generally healthy West African democracy whose Constitution dates back only to 1991, three decades after its independence from France.

Because it has a highly decentralized system of government, Mali keeps robust data on municipal elections, which occur every five years, and on the legislative achievements of local governing councils.

An average of six parties compete for seats on Mali’s local governing councils, which have 11 to 45 members, depending on the municipality’s population.

Government services were worse in Malian districts with above-average competition for these seats, our study found. Fewer children completed primary school and were immunized against disease than in less competitive districts. Roads went unpaved. Water sources were scarcer.

Malians generally have low expectations of their public officials. Corruption is widespread, and a 2012 coup destabilized politics nationwide. So some of these governing shortcomings are to be expected.

But that doesn’t explain our surprising finding that less gets done in Malian districts where more candidates run for office.

We also tested our results against our own prior research from Mali showing that candidates from opposing political parties often collude once in office. Elections give the impression that officials seek to represent their constituencies’ competing interests, but in fact they conspire to share the spoils of power.

But, again, that fact clarifies only why seemingly competitive local elections might not guarantee good governance in Mali. It doesn’t explain why districts with the most political competition actually fare worse than less competitive districts.

The problem of weak political parties

In places with well-established, ideologically based political parties, like the United States, Canada and the United Kingdom, large segments of the population are represented by a handful of parties.

Citizens’ competing interests are channeled through these parties and into legislative debate, ideally informing a compromise agreement that meets the needs of various constituencies.

Occasionally, of course, the system breaks down – as evidenced in the United States’ federal government shutdown. But, generally speaking, since major parties are here to stay, they can trade favors over time.

We interviewed 111 locally elected politicians in 24 randomly selected communities in Mali about their experiences with elections and party politics.

Across the board, they told us how weak Mali’s political parties are.

Some said party members answered first to their specific kin or ethnic group – not party leadership. That blurs the ideological lines that help voters know who will best represent their interests.

Approximately one-quarter of the public officials we interviewed said they had switched parties at some point in their career – often after a dispute with a fellow party member. Party-hopping turns personal rivalries into partisan conflict, making legislative deal-making even more difficult.

Political parties also splinter over wedge issues, leading to the formation of new parties and further dividing voters. More than a dozen parties have seats in Mali’s Parliament.

Democracy is more than elections

The Malian politicians we spoke with disliked the tight, multiparty elections they face every five years, describing them as disorderly, divisive and aggressive. These crowded races make enemies of people who might otherwise agree on many decisions, they said.

Many thought that races with just fewer parties would foster more consensus, allowing policymakers to get along well enough to actually govern.

They’re right, it turns out.

When we looked at Malian municipalities where a single party had the majority on the local council, government was indeed more efficient. One party could and did make policy at will, without needing to broker deals. That’s undemocratic but effective: Those places had better roads, schools and health clinics.

Our research suggests that Malian municipalities with very competitive elections are worse off because so much money and time are wasted on partisan infighting. Construction on health clinics may stall during political disputes. Bills get stuck in debate and never become law. Planned wells are never dug.

This study complicates the widely held theory that competitive elections are the hallmark of a robust democracy. That understanding, we find, is based mainly on the experiences of rich countries.

Efforts to improve life for people in the developing world must therefore look beyond the superficial measure of free, fair and competitive elections to consider how to help democratic governments work better for their citizens after the heat of the campaign.