‘Classroom of the Elite’ season 2: Is it still happening? Renewal details and plot prediction 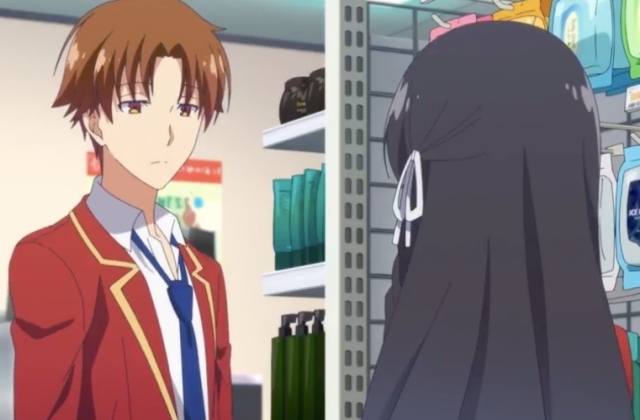 When “Classroom of the Elite” season 1 was released three years ago, many anime lovers got hooked on it at once. In fact, when it ended, they were calling for its renewal but unfortunately, there is no update since the last episode of the first season aired on Sept. 27, 2017.

Renewal details - Is it still coming?

The debut season offered 12 episodes in all and it was aired in the span of three months. Up to now, fans want to know if Lerche Studios is still producing “Classroom of the Elite” season 2 or not because there are confusing reports with regards to its return.

Some say there will be no “Classroom of the Elite” season 2 anymore and their reason was simple. In social media pages where fans are discussing this anime like the one of Facebook, they said that the first season was only made as a promotional event to boost the sales and readers of this anime’s original light manga novel series.

Since the author Shōgo Kinugasa already achieved his goal, there is no need for “Classroom of the Elite” season 2 to be made. But while this makes sense, there are also signs that it will still be back. For one, if it was indeed canceled already, then Lerche Studios or Kinugasa himself would have announced it a long time ago.

Surely, they will not make the fans wait for nothing. Besides, they owe their success to the viewers so it is just right to let them know. Since there is no announcement of even a hint, then the best conclusion is that there is still a chance that “Classroom of the Elite” season 2 will be in production.

At any rate, in case “Classroom of the Elite” returns, it is expected to arrive with its entire cast lineup intact. This means that Shoya Yurika Kubo will reprise her role as Kikyou Kushida, Chiba as Kiyotaka Ayanokoji, Akari Kito as Suzune Horikita, Ayana Taketatsu, as Kei Karuizawa, Alice Sakayanagi, Nao Toyama as Honami Ichinose and Masaaki Mizunaka as Kakeru Ryuuen.

Now, since there is no update about “Classroom of the Elite” season 2, it can only be assumed that it will pick up from where the first season left off. This will be around the time when the students were heading home after their activity on an island.

They were riding a boat and their tests continue there. Section D students are trying their best to get their ranking up or else, they will be expelled.

Meanwhile, it is hard to predict when “Classroom of the Elite” season 2 is coming since it is not in production yet, at least that is what everyone knows since there is no update from Lerche Studios or Shōgo Kinugasa. Still, Akanagi suggested it may be some time in 2021.