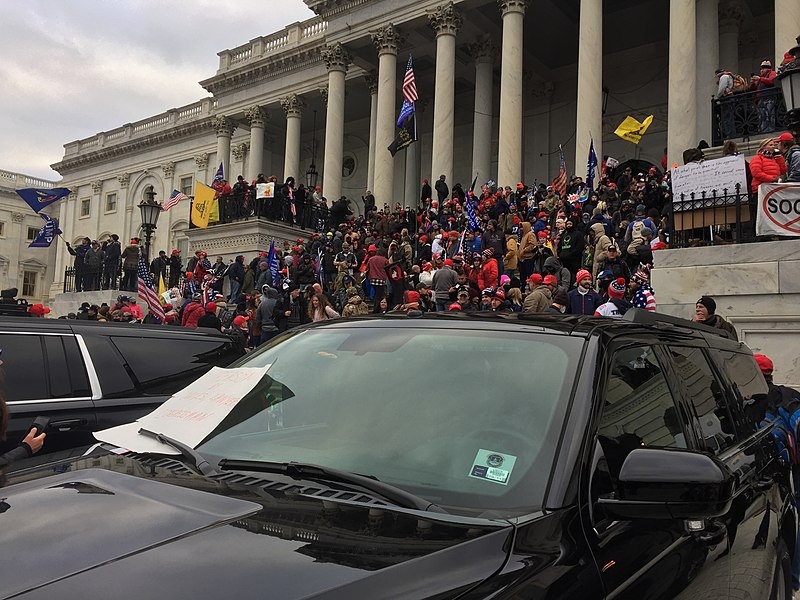 The so-called “QAnon Shaman” has become one of the icons of the January 6 insurrection at the Capitol. The defense attorney for the insurrectionist reportedly said that he is disappointed that he did not receive a pardon from disgraced former President Donald Trump.

The “QAnon Shaman,” named Jacob Chansley, pleaded guilty Friday last week for his involvement in the Capitol insurrection under the charges of obstruction of a congressional proceeding. Since his arrest, Chansley underwent mental examinations during his detention. Prison doctors diagnosed Chansley with transient schizophrenia, bipolar disorder, depression, and anxiety.

The felony charge that Chansley pleaded guilty to would have a maximum of 20 years in prison and a fine of up to $250,000. However, prosecutor Kimberly Paschall said that the government would likely request a shorter prison sentence for Chansley. Despite not receiving a pardon from the former president, Chansley’s attorney Albert Watkins said that the rioter himself would always have a “soft spot” for Trump.

During the plea hearing, Watkins asked Judge Royce Lamberth to allow for Chansley to be released for the time being until his sentencing hearing on November 17. Lamberth said that the request may be considered. Watkins explained that prosecutors have acknowledged that Chansley was not involved in the planning and organizing of the insurrection, and has cooperated with the investigations and informed the feds of a group he saw stealing documents from a Senate office.

The bipartisan House panel tasked with investigating the Capitol riots recently announced that it was looking into obtaining phone records of several members of Congress, all Republicans, who are suspected to have information regarding the Capitol insurrection. Former Republican Rep. Barbara Comstock of Virginia recently weighed in on the comments made by Chansley regarding the former president while calling on the committee to subpoena the phone records of Trump’s eldest son, Donald Trump Jr.

Speaking on CNN, Comstock said that people who have been staunch supporters of the former president are unfortunately going to take personal responsibility for their actions on January 6 as a result of their support for Trump. The former congresswoman stressed the importance of the investigation being done by the committee into the phone records of individuals who are highly suspected. When host Jim Acosta pressed on whether this would include House Minority Leader Kevin McCarthy, Comstock said anybody.

“One of the first people I’d focus on are people like Donald Trump Jr, Mark Meadows. People at the White House and conducting the rally. I do think, as Paul knows, I subpoenaed a lot of phone records and email records in my day of the Clinton administration. Congress has an absolute right to subpoena those records, and I think what they have done is exactly appropriate.”