Capitol insurrection: Ex-POTUS Donald Trump reportedly concerned House panel will learn what he did during riots 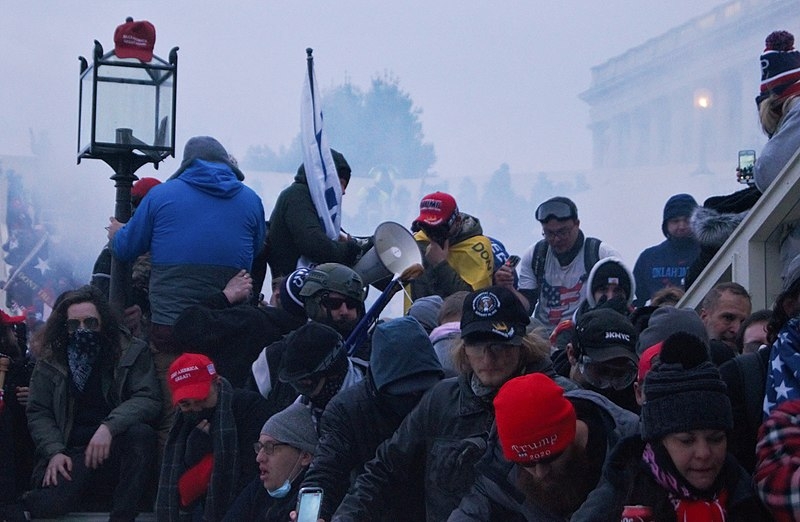 In recent days, the House select committee in charge of probing the Capitol insurrection requested for the phone records of several Republican lawmakers including the family members of disgraced former President Donald Trump. New York Times’s Maggie Haberman revealed that the twice-impeached former US leader has expressed concern regarding what would be found out about him during the riots.

Speaking on CNN Tuesday, Haberman was pressed on what it means now for the former president following the requests of the bipartisan panel to obtain the phone records of several GOP lawmakers and Trump’s own family members as part of their probe. Haberman revealed that the former president is apparently concerned if there were communications between lawmakers or his own aides about what he himself has said or done as the insurrection occurred. Five people died and dozens of police officers were injured from the incident.

“I think the former president doesn’t text, so I mean, he gets texts and reads them -- he doesn’t really send them,” said Haberman. “The concern is there are going to be texts and among lawmakers or his own aides talking about what he himself said or was doing in that moment. That is the concern there.”

The committee has also requested a trove of records from several government agencies that would involve talks of an insurrection or anything related to such an event. The records could help the committee make a timeline of the events and determine whether the insurrection was a planned event among officials from all levels.

Meanwhile, the bipartisan panel pushed back against House Minority Leader Kevin McCarthy as he railed against the request of phone records of members of Congress, all of whom are Republicans who also support the former president. McCarthy threatened the telecommunications companies, saying that they would be violating federal laws if they complied with the subpoenas issued to them.

The panel said that the threats from McCarthy will not obstruct their work, and implied that the House Minority Leader’s threats would possibly fall in obstruction of justice.

“The committee’s efforts won’t be deterred by those who want to whitewash or cover up the events of January 6th or obstruct our investigation,” said the panel on Twitter in response to McCarthy.