‘Call of Duty: Vanguard’ datamine hints at an ‘Attack on Titan’ collaboration in the works 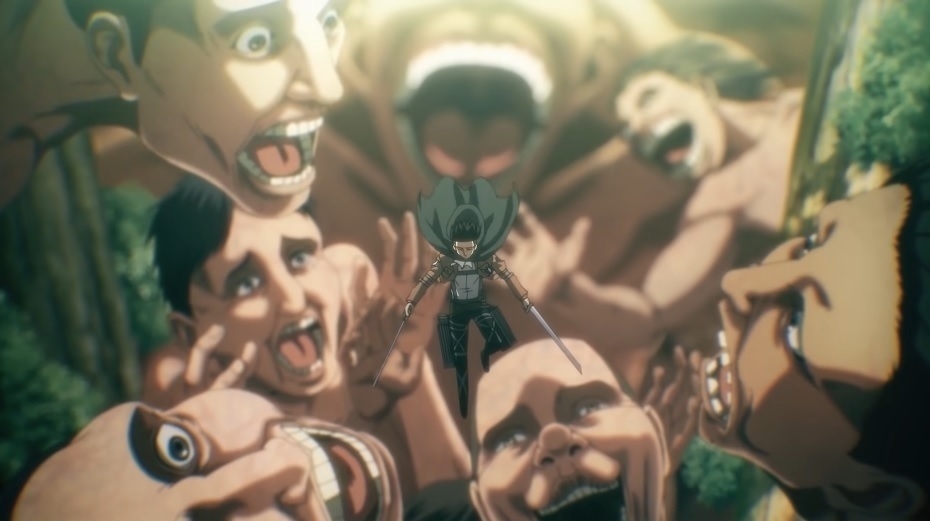 It has only been a few days since “Call of Duty: Vanguard” launched, but a datamine suggests fans – especially those who also love anime – might have a major collaboration to expect. It appears that the new first-person shooter developed by Sledgehammer Games might have an “Attack on Titan” collaboration underway.

Twitter user Nanikos shared some “Call of Duty: Vanguard” code strings on Twitter with references to the widely popular manga-turned-anime franchise. One of the codes mentions “swordtitan,” while others appear to be referring to an “aot_titan” operator. Sledgehammer Games and “Attack on Titan” publisher Kodansha has yet to indicate that they are working together for the game.

Been quite a few things found in memory dumps for vanguard. The most interesting one being a mention of a "swordtitan" aswell as an "aot_titan" operator.

The theory is that there'll be an Attack On Titan crossover for vanguard. (Probably sometime december if that is the case) pic.twitter.com/DiPALtUDY6

To gamers not familiar with “Attack on Titan,” the series highlights the struggles of the people living in the walled Paradis Island. For centuries, the people were unable to explore outside the walls as its overrun by gigantic, man-eating humanoids called Titans. The series is unlike many manga and anime titles as its stories are filled with military strategies and themes, which should make a “Call of Duty: Vanguard” collaboration feel more organic.

Going by the codes found in the datamine, it is possible for “Call of Duty: Vanguard” to feature a familiar weapon from the series. The main gear used by Paradis Island soldiers is known as the omni-directional mobility gear, which includes a sword designed to slash through Titans’ napes — the only way to kill the humanoids.

An operator based on “Attack on Titan” might also suggest that at least one of the fan-favorite characters from the series is finding their way to the game. The series has many characters worthy of being featured in “Call of Duty: Vanguard,” such as the fierce warriors Mikasa and Levi, strategists like Erwin, Hange, and Armin, or even the main protagonist Eren.

Meanwhile, the same source said the “Call of Duty: Vanguard” and “Attack on Titan” crossover might happen sometime next month. This would also be a good time to promote the series as the second part of its final season is slated to premiere on Jan. 9, 2022.